15 March 2016 | by Philip Allin |
The triangulation of global warming, desertification and shrinking forests precipitating climate change have led a group of scientists, thinkers and investors to develop a radical approach since 2009. If successful, the project will regenerate vast swathes of the Sahara desert, transforming it into an area both verdant and productive. After all, when Julius Ceasar arrived in North Africa, large tracts of what is now desert were said to have been covered by cedar and cypress forests.

One of the prime concerns for natural environments suffering from the consequences of global warming and increased harvesting is desertification: the stripping away of vital minerals, nutrients and resources due to mining, harvesting, and natural erosion. This process leads to arid, bare environments similar to the Sahara. In order for anything like agriculture or basic seasonal vegetation to exist, the dry expanse needs water.

A recent study published in Nature estimates that agriculture accounts for two-thirds of all fresh water use on Earth. A method of farming that is energy-positive should produce more water than it consumes, proving that it is possible to create both food and clean water using sun and saltwater.

The founding concept of the Sahara Forest Project is based on this need. It's an infrastructure system that channels vast amounts of seawater inland. This saltwater is used in various ways to the project's advantage. For instance, seawater is used as a coolant for greenhouses. The water flows over honey-comb shaped cardboard pads and, as evaporation takes place under the hot sun, the water is absorbed into the air, cooling it down. This leaves behind salt and minor residue, which is collected for use elsewhere. Some of the salt is used to grow plants that thrive in salty conditions – halophytes – such as algae, seaweed and so on.

But the evaporation process also leaves behind significant amounts of brine, a thick, salty wetness. This is used for evaporation in separate greenhouses, which supports indigenous desert species, as well as plants introduced to remove salt, nitrogen and so on from the ambient environment.

This distinguishes the Sahara Forest Project from past attempts to make use of seawater for the on-land cultivation of vegetation, as in principle no brine is returned to the sea. Intriguingly, the design of the greenhouse was mimicked on the structure of the Namibian fog-basking beetle, which harvests its own freshwater, channelling condensed water through hydrophilic bumps on its waxy back to its mouth.
The Sahara Forest Project is an example of the need for new and environmentally-friendly technologies to contribute to both increase the global production of food, but at the same time, reduce the global emissions of greenhouse gases. 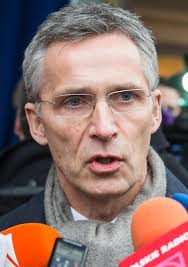 Prime Minister of NorwayJens Stoltenberg
To supplement this pilot, various solar-based technologies are used, from advanced photovoltaics to concentrated solar power (CSP). CSP systems use concave mirrors to direct sunlight to heating elements, greatly increasing their capacity to heat gases or liquids. This energy helps power a number of secondary projects and businesses: bio-energy, algae production, halophyte (plants that grow in salty or brackish water) cultivation, carbon storage and so on.

Initial experimentation was set up in Qatar, to test the viability of piping volumes of seawater significant distances. That pilot project was successful in growing 19 different types of desert plants, vegetable and even grain crops. Encouragingly, these were all grown outside, using minimal interference from man-made structures, irrigation and other technologies.

Following the completion of the initial Qatari project, a longer-term and larger scale facility is now being set up for construction in Jordan. The Sahara Forest Project team intends for this facility to be completed and operational sometime this autumn. This phase will cement the goals of the project, adding national and international backing. Besides the Kingdom of Jordan, the Norwegian government has stepped in, signing continuation papers and pledging to add expertise to the growing project. This development allows for feasibility studies into the economic potential of the Sahara Forest Project, while at the same time helping to bring the plan into the limelight. That limelight now carries the weight of top-level politicians.

As a result of all this, there is currently a collaborative operation underway to set up a 'launch station' – a localised testing ground to determine the efficacy of all the technologies developed so far at a fixed site in Jordan. This launch station, which was founded in 2014 and is intended to be operational by the end of 2016, currently comprises a greenhouse with saltwater cooling, various solar powered technology, and facilities for external agriculture, similar to those built in Qatar. The site, in Aqaba, covers some 20 hectares and should be the last testing ground for the revegetation project before full-scale production commences, deep in the Sahara desert.

Other, similar desert-scaping ideas also clamour for the attention of investors, industrialists and politicians. For example, the Desertec Industrial Initiative, launched in 2009, started as a study into what the raw energy yield of the Sahara Desert could be. Though this initially was the brainchild of European researchers, the implications for the African mainland are clear. Around 32% of Africans living south of the great desert currently have permanent access to electricity. As sustainable development projects increase the Sahara's output, that percentage would increase, giving a much-needed boost to Africa's economy.

One important lesson is that political backing for any such endeavour is essential. A huge solar power project was repeatedly postponed in Morocco, before finally being switched on – by the nation's King - this February. The Noor-1 operation is based in Ouarzazate, a city some 250 km from the Atlantic coast. When finished, supposedly before 2020, the installation will cover some 30 km2 of the western Sahara desert, providing more than enough energy for the country. Though no official reasons for the delays have been published, media reports point to states' reluctance to spend huge amounts of money on projects that won't create returns for years to come.

That may be why even the win-win vision set out by the Sahara Forest Project has taken so long to come even this far. The group has let scores of experts from all kinds of fields – scientists, educators, engineers, investors, and so on – weigh in on the development. Now, the Forest Project is described by the project group as going beyond sustainability to 'restorative growth' - the regeneration of vegetation in the area, which should subsequently provide jobs, food, freshwater and energy. Three main goals of the project are:

This last goal is approached indirectly, by reducing the need for dirty power, industrial agriculture and so on, and by locking up certain gases in plants that have been engineered specifically to absorb them.

The basic question that the Sahara Forest Project asks is 'how much positive change can be brought to the desert by introducing water to the area?'. As with any holistic approach to the problem of climate change, the Sahara Forest Project takes into account the problems with, and the properties and potential of, lithosphere, hydrosphere and atmosphere: ground, water and air. The project's beauty lies in its attempt to fuse the best of all three worlds.

In theory, say the developers, the pilot projects can be extended to cover (parts of) the large, well-known desert areas of the world. This includes much of the Sahara, most of Saudi Arabia, the Australian outback, and possibly parts of the South and North American arid environments along the west coasts. These thoughts are echoed in an optimistic statement by one of the project’s most influential backers. Sheikh Hamad bin Jassim bin Jaber Al Thani, Qatar's Prime Minister, explains: “This pilot project could show how we can grow vegetables with less water, or brackish water. I think this will not be important only to Qatar, but to the whole region and elsewhere where they have the same climate as Qatar. So, I have a lot of hope.”

All this, it should be said, does ignore an essential point. All deserts have ecosystems, which are usually fragile as well as limited. No desert should be considered a playground for large-scale engineers and big-picture advocates to tinker with experiments to solve climate-change in one fell swoop. Or at least not without first gaining a very firm understanding of the consequences of upsetting the desert's finely-tuned balance of flora and fauna. Whether or not the designers and backers of the project have fully considered the longer-term implications of reversing the Sahara's desertification is unclear, but it certainly is a fundamental issue that poses environmental, economic and moral questions.

Assuming that the future brings answers to these issues, the road ahead seems unlimited. By a small leap of imagination (and, perhaps, faith), we may see the potential of similar technologies being used, not just around the world, but extra-terrestrially. Some distant project to colonize Mars, for example, may well use a similarly holistic approach in efforts to turn a barren environment into a living, productive and even healthy one, as Arthur C. Clarke visualised in The Regreening of Mars. 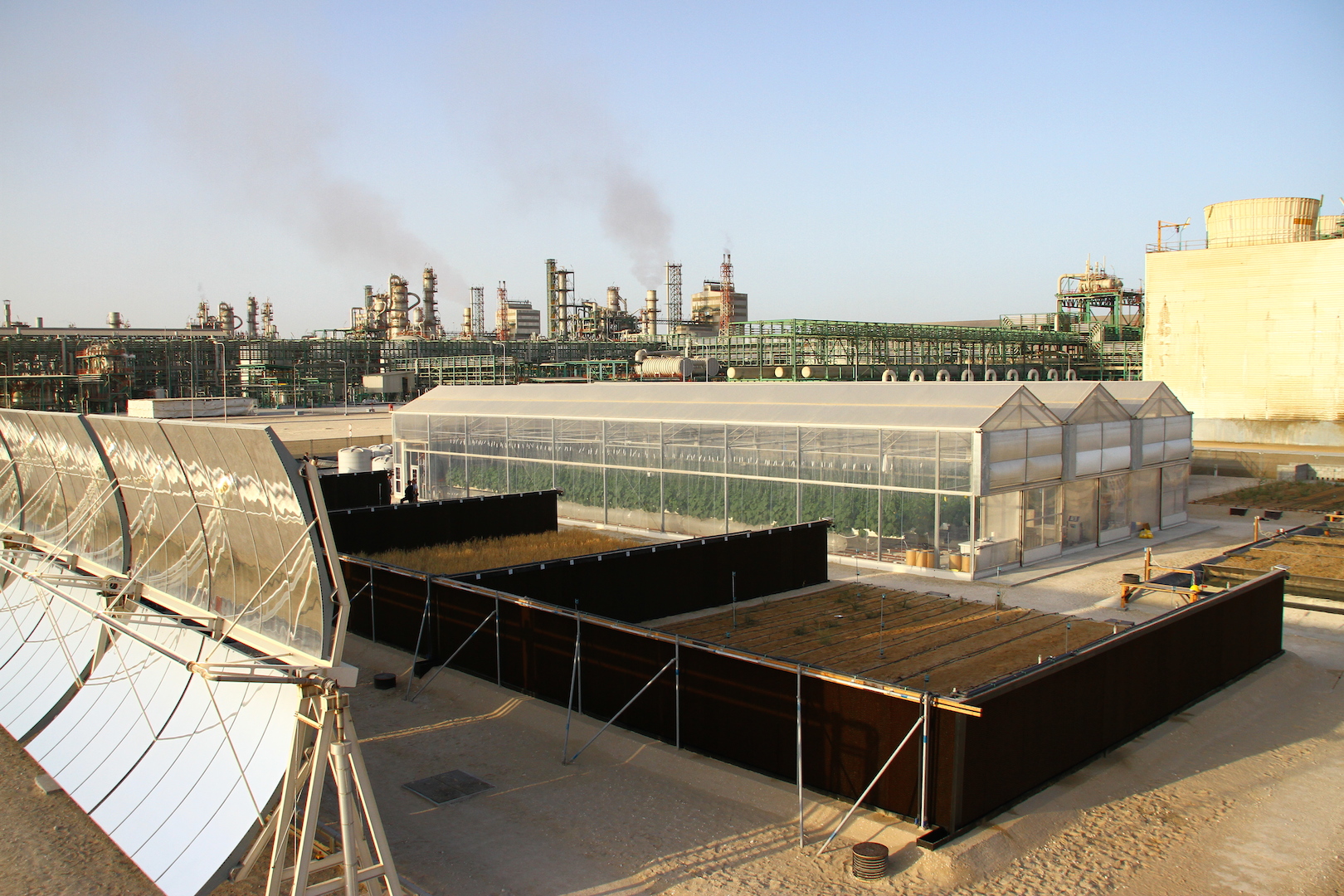