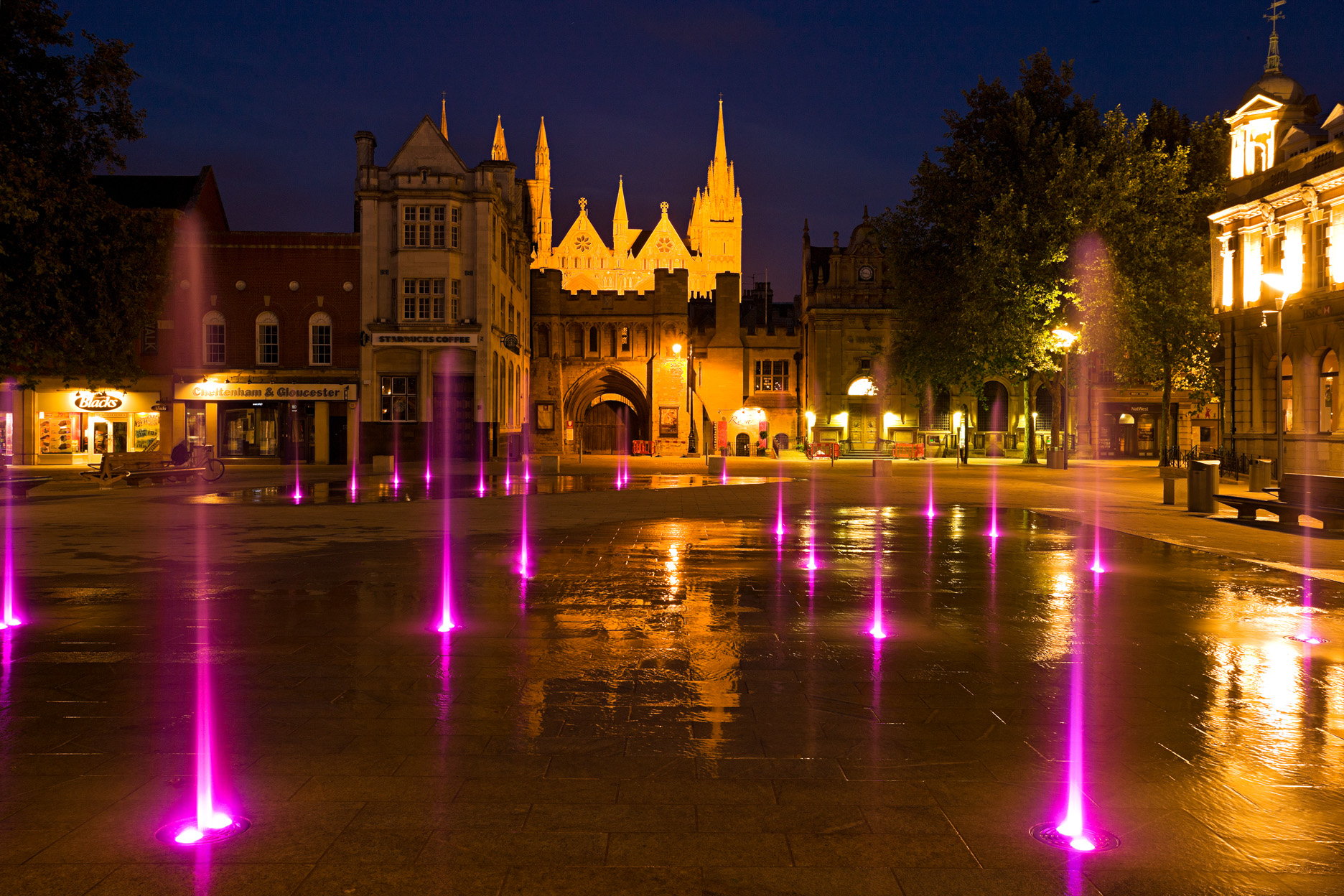 February 2, 2016 | by Philip Allin |
The Circular Economy is a concept that is gaining currency with urban planners in the past few years. Defined by the Ellen MacArthur Foundation as restorative and regenerative by design, it aims to keep products, components and materials at their highest utility and value at all times.

Peterborough, a city in the East of England with fewer than 200,000 inhabitants, has become an award-winning pioneer in engaging both businesses and residents in translating the concept into a city-wide approach, driven by a vision to become the UK's first circular city by 2025.

Its economic roots dating from brick and engineering industries in the Victorian era, Peterborough experienced an economic boom in the past decade when urban regeneration plans were put in place. More than 1,900 new businesses were registered in 2014, a record year for start-ups in the city. A particularly strong appetite for environmental enterprises, with over 380 companies operating in this sector, has reinforced the city's bid to become the UK's Environmental Capital.

Peterborough was one of the first cities in the UK to deploy gigabit interconnectivity. As one of four UK Future City Demonstrators chosen by the Government's innovation agency, Innovate UK in 2012, it has now set its sights on becoming a smart city. Peterborough DNA is a programme delivered by economic development agency, Opportunity Peterborough and the Peterborough City Council, on the strength of a £3 million fund from Innovate UK. It develops and tests innovative ideas to demonstrate how the city can be transformed through economic and environmental sustainability.

The City as a Living Organism
Cities need resources to flow in – not only raw materials, but more importantly, people and capital. All these resources are used in various ways, according to the various needs of a city’s residents and companies. The processes that traditionally govern the use of these resources are frequently marred by inefficiency and waste. The usage cycle itself generates vast quantities of domestic and industrial waste.

Peterborough's city-wide initiative sets out to make the most of existing resources, generating new patterns of growth, novel skill-sets and new jobs, while simultaneously wasting less and decreasing its environmental footprint. The point is not to become circular for the sake of it but rather to use circularity as a tool to tackle the city’s challenges, and make it a better place to live, work and invest.
Our vision to become the UK’s first circular city is ambitious, but as an integral part of the Peterborough DNA programme, it is achievable. According to Defra, UK businesses could benefit by up to £23 billion per year through low cost, or no cost, improvements in the efficient use just of material resources. So by embracing the circular economy model, Peterborough will see direct economic benefit. 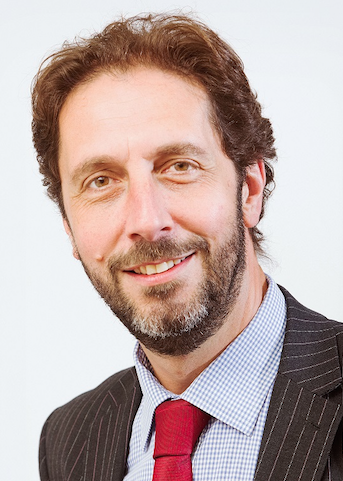 Steve BowyerCEO, Opportunity Peterborough
Creating places which are good for people, the economy and the environment is at the heart of what we do. It is very encouraging that Peterborough is addressing its challenges on a city wide scale through an integrated and cross-sectoral approach, as this will provide significant opportunity for development to be shaped in a positive and sustainable way.
Melanie PapeLDA Design
Growth brings pressure on resources and the city isn't exempt from the challenges of living beyond its resources. The lack of a local university also gives rise to concerns about workforce capacity and productivity. Combined with the inherent challenges it has in common with other cities, Peterborough seeks to respond to the city’s specific challenges in a collaborative and integrated fashion, with interlinked objectives of growth, innovation and sustainability.

Circularity in the City
In Peterborough's quest to reinvent itself, it became clear that most stakeholders involved in the circular economy are found within the geographical boundaries of a given city. Indeed, Peterborough hosts companies that make or sell products; designers and innovators shaping the future; local authorities and politicians formulating policies; and citizens who function both as employees and consumers.

Peterborough aspires to become a living, evolving lab for innovation, attracting investment and generating skills in the process. Since Peterborough’s strongest economic sectors include engineering and manufacturing, digital and design, and food, the city is well-placed to 'reloop' its resource flows.

Peterborough DNA acts as a catalyst here, connecting companies to each other, breaking down traditional silo structures and business fragmentation habits. It facilitates collaboration between businesses, so that they can rediscover both their vital local context and its valuable opportunities, especially along the supply and value chains.

Most organisations are intuitively doing something related to the Circular Economy. The Circular Peterborough Initiative helps to make circular activities visible, recognised, valued, and even amplify their effect.

Smart Fengate and the Sharing Economy
The Smart Fengate pilot provides an excellent example. Fengate is an industrial estate next to the city centre that combines SMEs with some key big companies, such as Skanska, Perkins, Viridor and Amey.

Each company has requirements and needs as well as resources to share, lend or give to others, though they tend to be less keen on the latter. For example, the average usage ratio of office buildings in the UK is between 30% and 50%, according to new research. So there is a good starting point: you might have a meeting room available regularly during the week, with electricity, heating and air conditioning. Your neighbour might be a start-up or an SME with no such facility. Allowing them to use your under-used meeting room improves its efficiency. It also creates a new relationship with a neighbouring business, strengthening local social ties. They can also become a supplier, a client, or just know the people you are desperately looking for locally. The same is true for products and people’s expertise and skills.

This was put to the test in live 'Swap It' sessions, which enabled businesses to understand how their needs could be matched by other local companies. Businesses in the pilot were encouraged to think about and find circular systems in three main areas:
Job Creation and the Circular Economy

An EU Commission report says better eco-design, waste prevention and material reuse can bring net savings of up to £430 billion to EU businesses. Additional measures to increase resource productivity by 30% by 2030 could boost GDP by nearly 1%, while also creating 2 million additional jobs. In the UK, there is a potential of 205,000 jobs creation within the Circular Economy.
Peterborough DNA is signposting the path we can take from a traditional linear 'take, make, consume and dispose' economy to a circular one, in which we keep resources in use for as long as possible.

A £5K fund from DNA helped their international coffee roasting business helped divert 27,000 sacks from the landfill. They have since received a £10K government grant to upskill citizens in deprived areas of Peterborough. 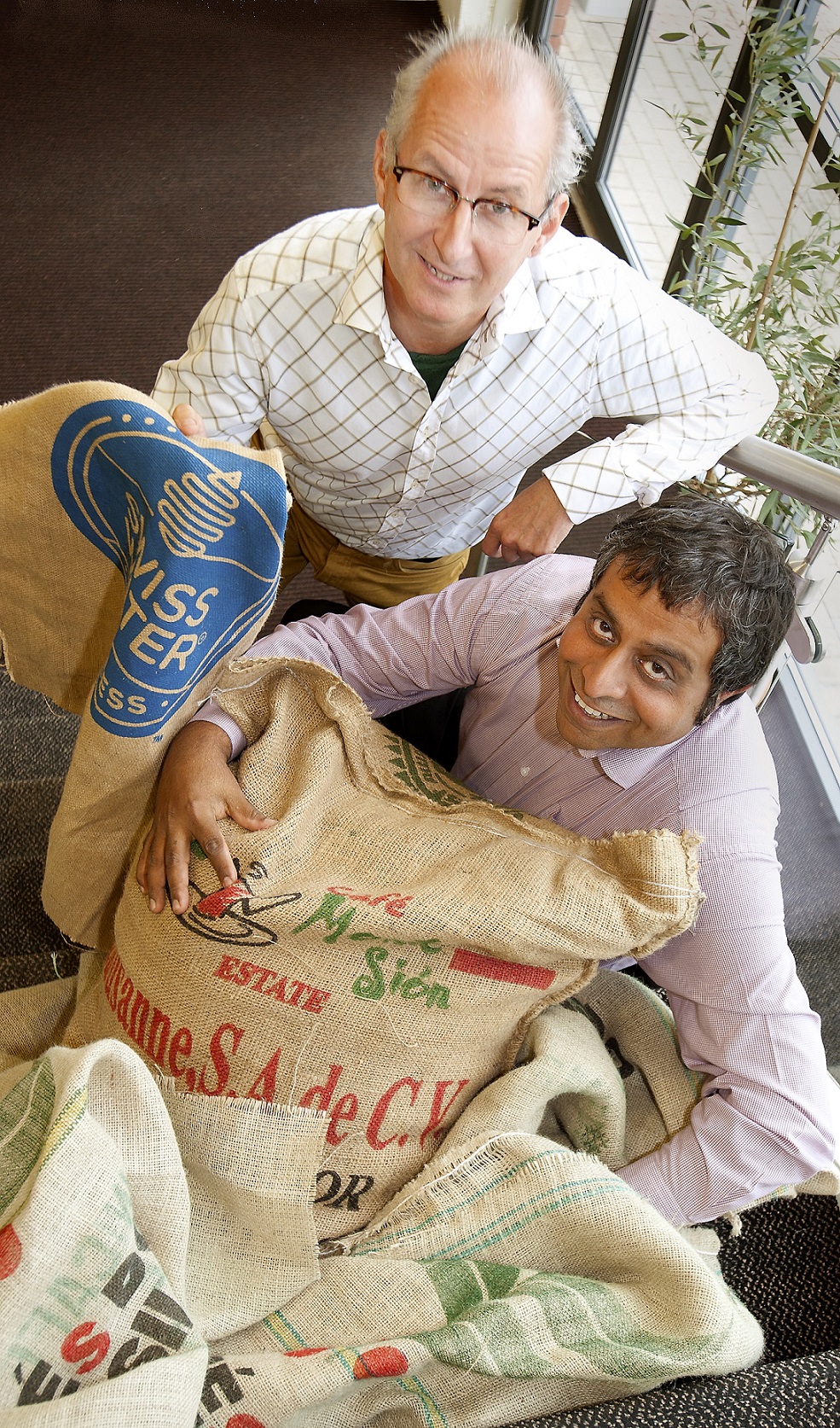 Big companies have mandatory training planned each year, so some of Peterborough's key businesses offered to extend the training to 5 to 10 employees from local SMEs who would benefit from the training too.

Based on the success of such swap-it events, Peterborough DNA has opened them up to the whole gamut of local businesses. A digital platform, currently under development, will facilitate such exchanges online, reaching to the whole business community. The platform is due to launch in the spring.

At the Smart City Expo late last year, Peterborough was named World Smart City 2015. The congress lauded the city's innovative understanding of the Circular Economy concept, in particular in keeping its holistic meaning by applying the concept at the urban scale, rather than breaking it down into silos.

Circularity also extends to Peterborough's new way of running a city. The concept relies on collaboration and a step-by-step approach, rather than asking for a sudden, drastic overhaul. It helps businesses to work in collaboration locally, especially along their supply chain; many employees are also citizens, and they have an impact in their own life by reducing their own waste production, improving their understanding of the concepts of repairing, sharing, reusing and recycling. And, by involving political decision-makers, everyone gains a better understanding of which policies can help drive circular processes.

Peterborough maintains crucial links with other cities, too. The programme's developers have gained from membership in various national networks, such as the Future Cities Demonstrator, and the Cities Standard Institute, and formerly had a leading role in the development of PAS181, the British Standard Institute's Smart City standard. Involvement continues at the internationally level, for instance through the European Innovation Platform – Smart Cities and Communities (EIP-SCC) and its Small Giants network. Collaboration with India and China are also taking place.

Key Learnings for Cities
Cécile Faraud, Circular Economy Lead in the Peterborough City Council, has the following takeaways to share:

"The main lesson to be learned from the development of Peterborough DNA is that each process in the Circular Economy is iterative by nature.  Key enabling factors include keeping an open dialogue; connecting the dots; creating communities. As the topic of circularity is huge and intrinsically complex, it implies and necessitates many interconnections and horizontal work.

"The developers advise avoiding the trap of wanting to know everything before starting. While it's vital to research the opportunities and gaps, providing evidence for each, policy makers and advisors should keep in mind that such findings will depict a continually changing picture. Moreover, the city's governance should play the role of catalyst, enabling current and on-going circular activities in any city to be visible. Fast return on investment and tangible benefits are necessary if governance is to secure engagement and local buy-in. That's why the approach is to provide an enabling environment for all – policy-makers, businesses, citizens, teachers and students, charities – to collectively discover benefits and values of the Circular Economy, and make the most of its potential.

"It is an ambitious, long-term journey that will not happen by following a top-down approach. Instead, it is crucial to encourage each stakeholder to become engaged in the process. Many organisations may already be playing a part in the circular economy, sometimes without even knowing that they are participating. This approach provides the ideal entry for local organisations to get involved, whilst also convincing them to push circular activities further. This will generate economic, social and environmental benefits for them and by extension to the City as a whole.

In short: keep space and minds for innovation open, as this is where the most exciting and valuable opportunities are for your city!"