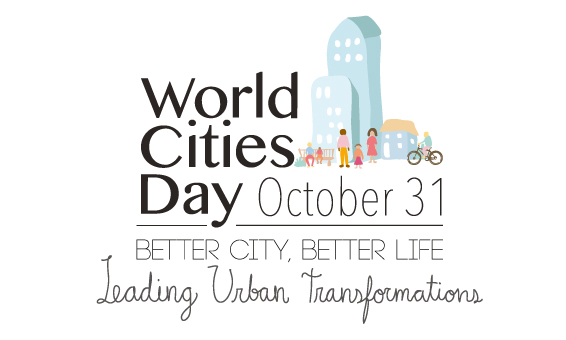 31 October, 2014 | Nairobi, Kenya
Mayors give voice to their citizens and play a central role in building well-planned cities and making them engines of prosperity, innovation and inclusiveness, UN Secretary-General Ban Ki-moon recognized on World Cities Day.

In a world where already over half the population lives in urban areas, the human future is largely an urban future. "We must get urbanization right, which means reducing greenhouse emissions, strengthening resilience, ensuring basic services such as water and sanitation and designing safe public streets and spaces for all to share," the SG said. "Liveable cities are crucial not only for city-dwellers, but also for providing solutions to some of the key aspects of sustainable development."

In anticipation of the United Nations Conference of Housing and Sustainable Urban Development in 2016, Nairobi-based UN Habitat's executive director, Dr. Joan Clos, said a city with mixed land use and a robust public transport system reduces its reliance on cars, cuts travel times and greenhouse gas emissions. A well-designed city can improve its employment rate by as much as 15%, encouraging companies and investors to take advantage of economies of scale and proximity.

"The alternative," Clos warned, "is to continue to allow our cities to grow in an unplanned manner with mono-functional space of low density and long distances, poorly connected, socially divided and economically inefficient: cities that not only contribute significantly to climate change but that are on the front line of feeling its impact."

Shanghai World Expo in 2010 concluded with a resolution to celebrate October 31 each year from 2014 as World Cities Day. While various activities were planned worldwide, the official celebration was hosted this afternoon in Shanghai's Expo Park by Shanghai Municipal People's Government, in collaboration with the Ministry of Housing and Urban-Rural Development, China and UN-Habitat.

Under the broad theme of "Better City, Better Life", a China-Europe forum on public diplomacy, China's new-type urbanization development, underground pipeline and city security, health in the city and a global city forum took place at various venues across the city. Shanghai also showcased its Master Plan 2040 at the Shanghai Design Centre.