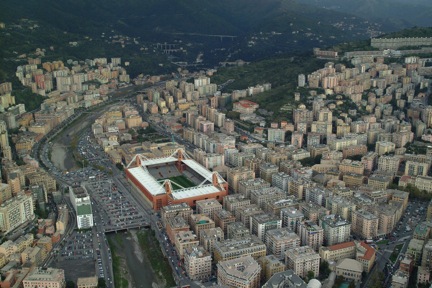 30 September 2014 | by Vineeta Shetty
The contrast of light and shade is a familiar motif in Genoa, lovers of Italy’s sixth largest city like to tell visitors. The shade of crooked caruggi where prostitutes and pimps ply their trade, erupt, without warning, into sun-filled piazzas, presided over by saints and angels carved in stone and marble.

Now, in a modern-day twist to Genoa’s love of chiaroscuro, some 1700 street lamps will become the ears and eyes of the municipality. A year-long pilot beginning this month proposes to equip 1700 of the 50,000 light poles lining the streets of Genoa with the intelligence to monitor and predict chronic problems plaguing the city. “The public lighting infrastructure is an important skeletal system to implement to realize any number of essential city services,” says Paolo Castiglieri, ICT and European Projects administrator in the city municipality, the Commune di Genoa.

Wi-fi, sensors and video cameras running through the street furniture in two neighbourhoods of Valbisagno in the eastern part of the city, will surveil wooded areas of the city, which have been targets to arsonists. In the future they will integrate with other dedicated systems to monitor flash floods of the kind that devastated the Ligurian coast two years ago.

The bustling port town historically known as “La Superba” held sway over the Mediterranean waves in the 12th and 13th centuries. Its emblematic red cross of St. George, appropriated by England, still flutters over government buildings. 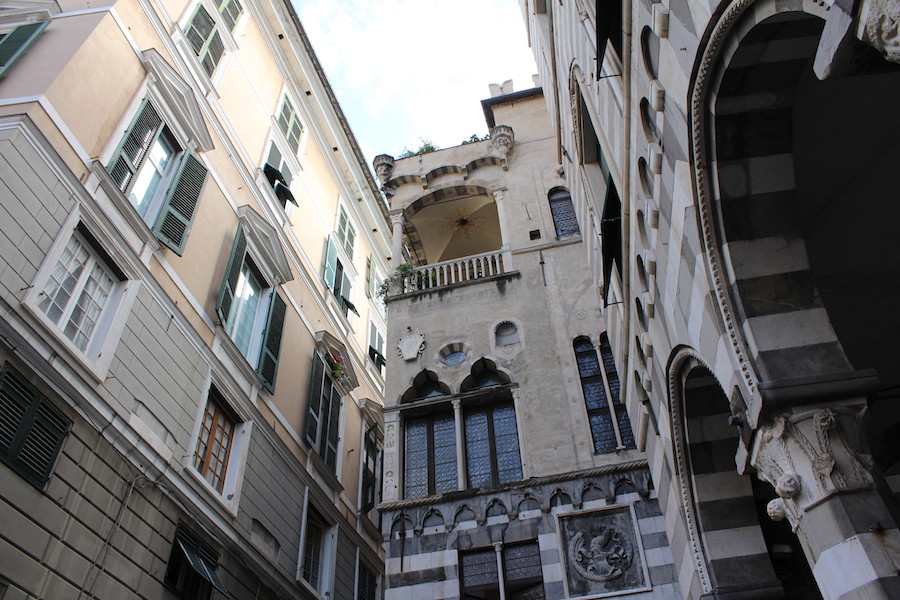 The contrast of light and shade is a familiar motif in Genoa, sixth largest city in Italy. Now, in a twist to its love of chiaroscuro, some 1700 lamps along the city's streets will become the ears and eyes of the municipality.
Its commemoration as the 2004 European City of Culture helped the Commune de Genoa embellish its image of a seedy port city. Boosting this are EU Structural funds to revitalize cities like Bilbao and Genoa. The Genovese street lamp project kickstarts a series of ICT interventions foreseen by the City Council and Mayor M. Doria to reverse the city’s post-industrial decline, drawing on 7 million euros from EU’s Structural Funds under Harmonise*.

The street lamp venture builds on an ongoing open infrastructure and open data project centered on ICT infrastructure and traffic cameras. About 25 webcams scattered across the municipality currently capture videos for traffic and security purposes. Closely associated with this infrastructure is a network of weather stations that provide information about local temperature, humidity, dew point, wind speed and rain rates from a variety of providers. This information, historically maintained for civil protection, is now being opened free of cost to citizens and third party developers through a secure control.

The open infrastructure and open data project was initiated in January 2012 as part of a multi-city European initiative called iCity, backed by Cisco. An EU Directive requires every European city to make its public sector information (be it text, databases, audio files or film fragments) available for re-use, provided citizen privacy is not violated and costs of doing so are not prohibitive. Developers, citizens and city departments are all candidates for the open data, and the latter probably need it the most to see all the data generated by colleagues in the city.

A common API in the making enables developers in three cities---Barcelona, Bologna and Genoa---to tap a datastore, create applications, integrate them to their own secure infrastructure and also generate custom alerts on subscribers’ mobile devices.

Frank van Steenwinkel of Fidecity, which is Cisco’s partner on iCity, developed the blueprint for the three-city platform that he anticipates other European cities will want to jump on. He warns that all too often, technology companies dump their solutions on the city administration, which does not make a city smart. The three-step approach according to him is to choose the right infrastructure, then open the data store. The right business model to manage the ecosystem is also crucial. “This cannot be emphasized enough,” says van Steenwinkel. Many city ICT projects funded by the national government or the EU do not have a continuity plan and the results are one-off projects that do not create value for cities over time.

To connect the ecosystem partners with the city, Commune di Genoa says it plans to monetize the venture in three years and some of the business models the city anticipates in the meantime include vendor-government partnerships or community-owned structures.

To engage the ecosystem, the Genoa Smart City Association was formed in 2010 to involve key public and private sector partners, including research, enterprises, institutions, finance and citizens in the process of transformation. Some 80 entities in the city have been engaged in detailing the roadmap for ICT intervention in energy, transport, building and security. Networked sensors and devices will be at the heart of the incipient Internet of Things (IoT) strategy for the city to become responsive to the needs of its citizens. To begin construction of the IoT network, broadband connectivity is the key enabler and sharing the costs of the broadband infrastructure are one of the key challenges that the spirited city administration will seek to overcome.

In pursuit of the administrative path to transform the local public administration, city fathers plan to expand the city of Genoa into a Metropolitan Area, including 67 neighboring municipalities that now constitute the Provincia of Genoa. Over time, the neighbouring municipalities can also upload data from their infrastructure and share it in the Genoa’s ICT framework.
* Holistic Approach to Resilience and Systematic Actions to Make Large Scale Urban Infrastructure Secure (Harmonise), an initiative of the European Commission, aims to develop a comprehensive, multi-faceted approach to enhance security and resilience of large-scale urban built infrastructure, such as shopping centres, sports venues and business complexes with underground transport nodes. Harmonise includes an integrated information platform that hosts a toolkit of innovative tools. It is also disseminating more information to build awareness or urban security and resilience and commercial realisation of projects in member countries.