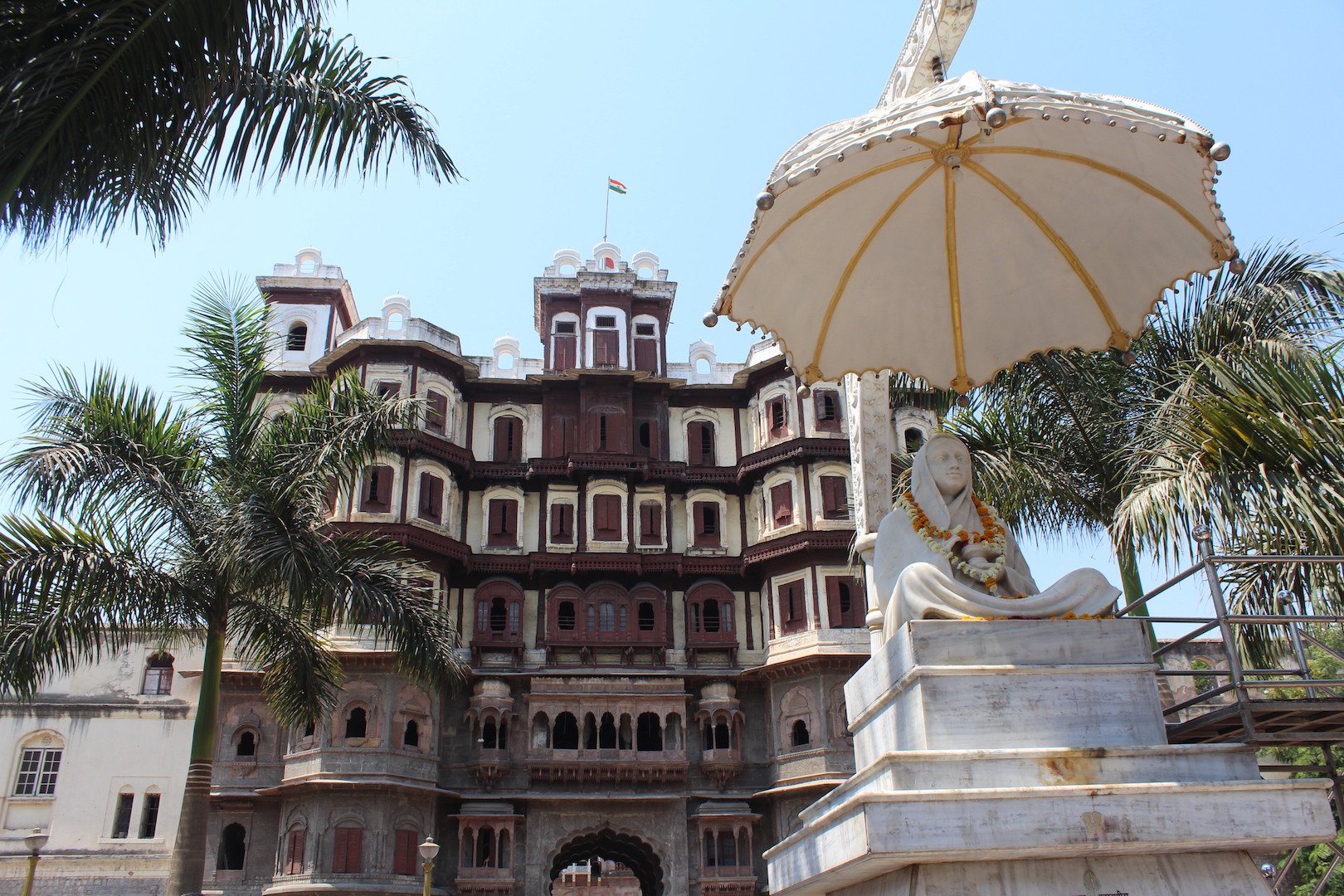 13 April 2017 | by Vineeta Shetty |
Even as Madhya Pradesh’s sedate political capital, Bhopal, is settling in for the night, 190 kilometers away, its commercial capital, Indore is just rousing for the evening out.

The characteristic breeze of the Malwan plateau in central India stirs the appetite, which is fed by Indore’s vibrant street food markets. Once the silver and gold shops in the jewellery district, Sarafa Bazaar, shutter down for the evening, vendors set up stall and ply their dishes till the ambrosial hour.

Indoris are proud of their food culture, and their city’s place as the nation’s top producer of savouries, but the addiction to deep-fried snacks and sweets takes its toll on citizens’ body mass index and health. Vehicular pollution threatens to contribute to a growing epidemic of asthma in the city. Adding to the problem in the dense city is the visible lack of open and green spaces for people to exercise in.

The Afghan dynasty that ruled the Malwan plateau in the 15th century revelled in water harvesting and had mastered siphons, acquaducts, filtration and water wells in their domains. This inheritance was quickly squandered in post-colonial India as the national focus shifted to procuring and pouring concrete: to build dams and sewage treatment plants on the river. The local Kahn and Saraswati Rivers, which once coursed through the city along gardens, cenotaphs and temples on its banks, are now down to a fetid dribble, 400 metres below their original level, fit only for feral hogs to wallow in.

Closely related to this is the outstanding problem the administration is grappling with: the high cost of water supply, at Rs. 18 per kilolitre, as opposed to the Rs. 8 to 10 in other cities. This is because water has to be hauled 90 kms north from the Narmada River up an elevation of 600 metres above sea level. Surrounding tanks that stored rainwater and fed the city during the monarchy have long dried up.

It could all look different in about half a decade, if the plans of the newly-established special purpose vehicle (SPV), Indore Smart City Development Ltd., take root.

Since the past two years, there have been attempts to repair and restore local water bodies to become alternative and local sources of water. The UK government has taken a special interest in assessing and documenting the problem under a Memorandum of Understanding to provide technical assistance. Initial meetings have been held on tackling environmental and water supply issues that plague the city. This, together with sewerage treatment, pre-occupies the SPV, which is currently drafting a detailed proposal report in the hope of capturing international interest.

Citizens already comment favourably on the cleanliness of the roads and better-off housing estates, where mechanized garbage trucks collect segregated trash twice-daily to avoid pile-up. Public information campaigns and visible street cleaning measures have caught the attention of Indoris who have proved compliant in helping keep their neighbourhoods litter-free. Citizens also laud the name and shame policies for traffic violators such as flashing their license plates on LED billboards on major arteries.

Health, in particular, malnourishment of women and children, is a priority on a pan-city level, For underserved areas in the periphery, the SPV is steadily facilitating electronic health records and a hospital management information system. Smart may mean nothing more than bringing clinics in rural and peripheral parts of Indore district into contact with experts over telemedicine. To reduce the workload of municipal hospitals and the district civil hospital, mobile clinics in the periphery will cater to basic healthcare needs. 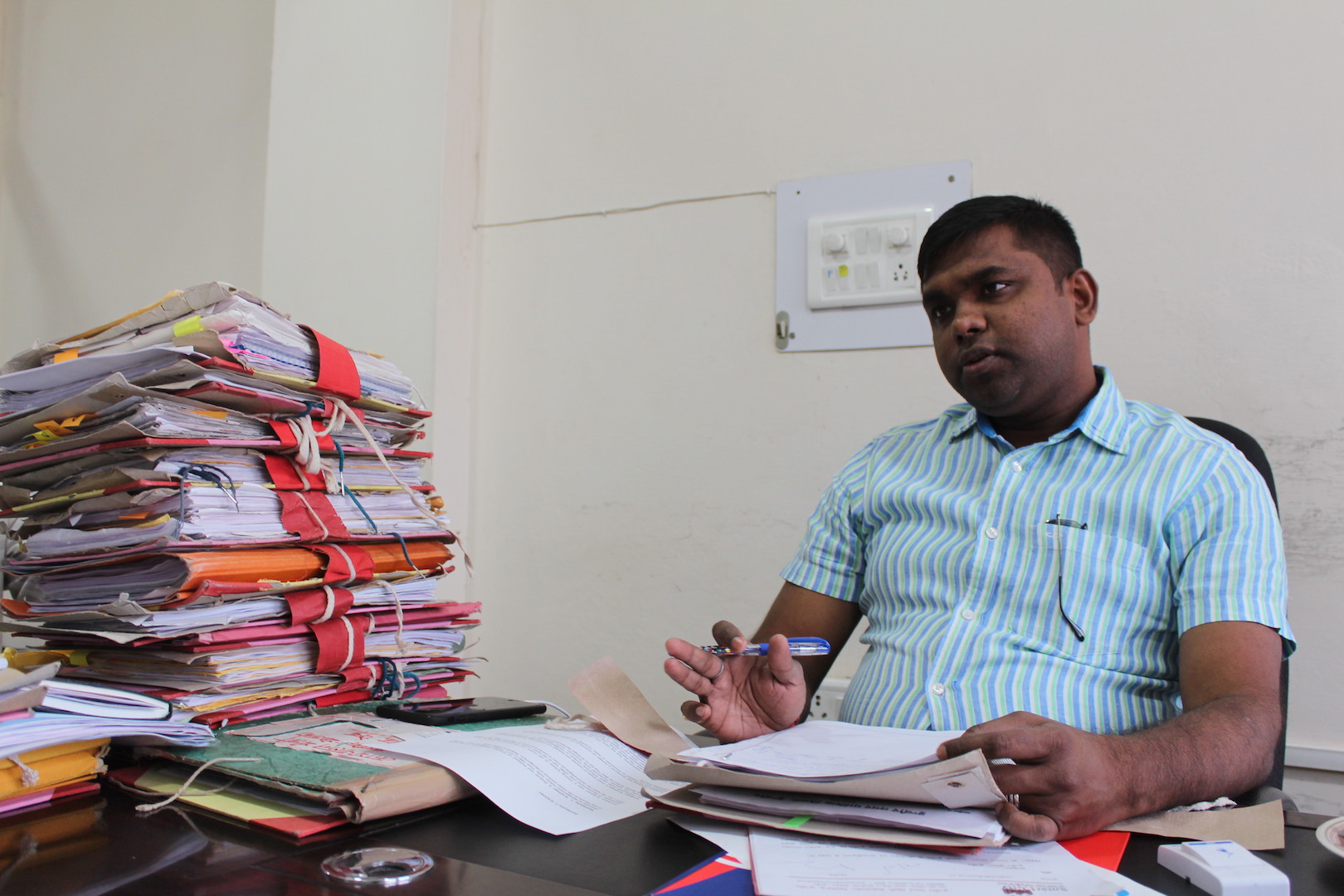 Citizen-centric governance is a legacy of the revered 18th century queen, Ahilyabai Holkar, who, over a 30-year reign, turned Indore from a dusty village on the Malwan plateau to a thriving commercial and industrial city.

Rohan Saxena, (pictured above), CEO of Indore Smart City Development Ltd., reports that more than 700,000 citizens fed back suggestions for smartening the city under the national Smart Cities Mission, which his special purpose vehicle (SPV) has been created to fulfill in the city of 2 million.

Restoring the heritage of the inner city emerged as the priority and the Indore Municipal Corporation (IMC) is leaving no stone unturned in heeding the will of the people.

At the centre of the retrofit is the historic city, the Rajwada, which is the toughest and most sensitive area to work on, involving cenotaphs, bathing steps and temples. A heritage walk to take in the highlights of the past, and the redevelopment of a vendor and hawker market are also in the plans.

The IMC takes pride in having expeditiously removed encroachments that have existed for 60 to 70 years. There are still many more to go. Restoration is being done inch by inch, every street structure being tackled independently. As in many cities smartening their street furniture, electrical and telecom cables criss-crossing the skyline are now bring transferred to reinforced cement ducts underground.

Festivals like the riotously colourful springtime Gair, play a big role in planning both human and vehicular traffic in the historic city. This onerous task falls on the shoulders of Vijay Marathe, planning consultant in the SPV, who knows the lanes of the old city like the back of his hand .

A key element of the heritage restoration undertaken by the SPV is a plan for a waterfront development 4 kms along the river on both banks for recreational purposes, creating a greenbelt, walkways and boatrides. This will eventually be extended a further 10 to 15 kms on the riverfront as it winds through the city. For this, the SPV will be inviting overseas bids. 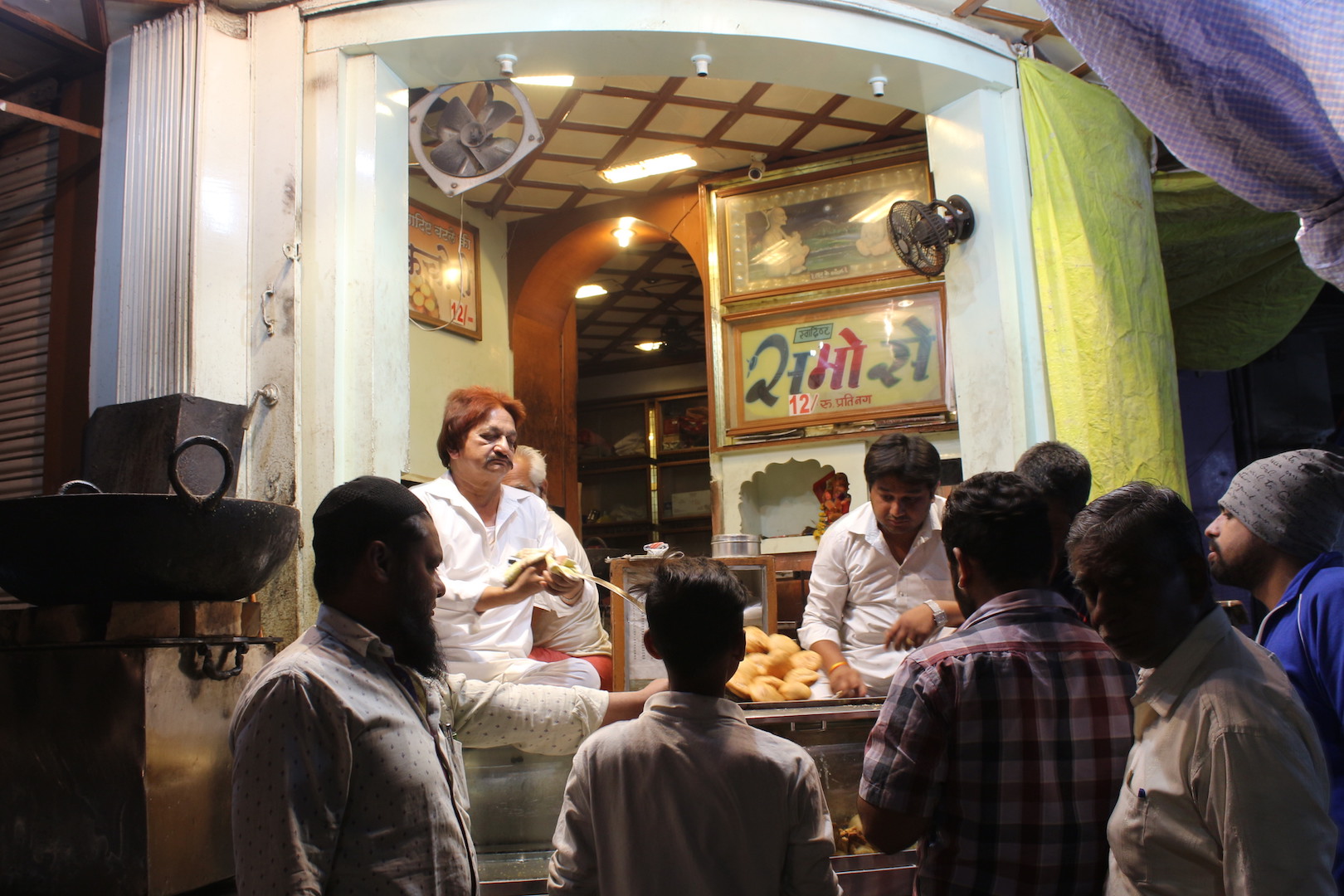 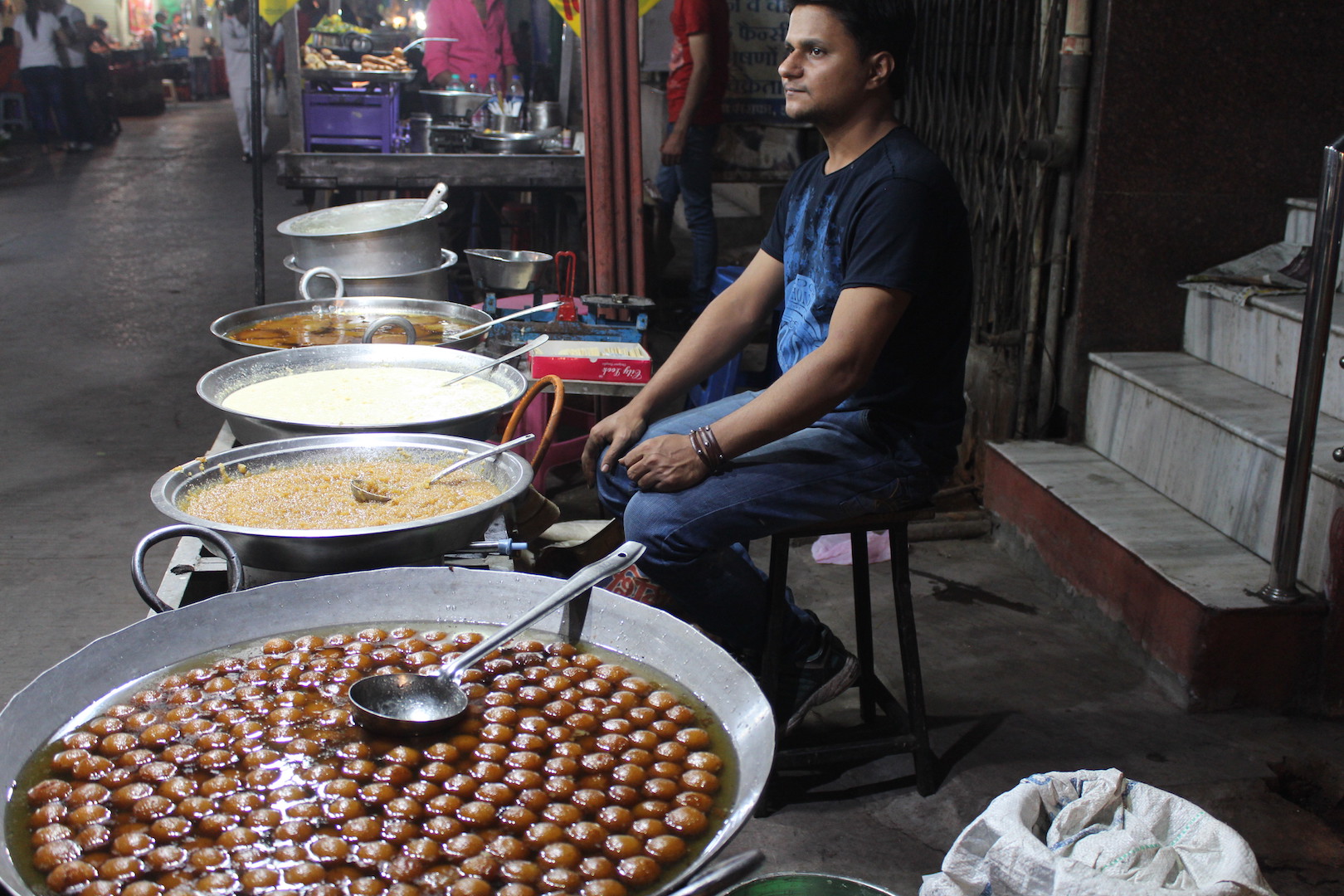 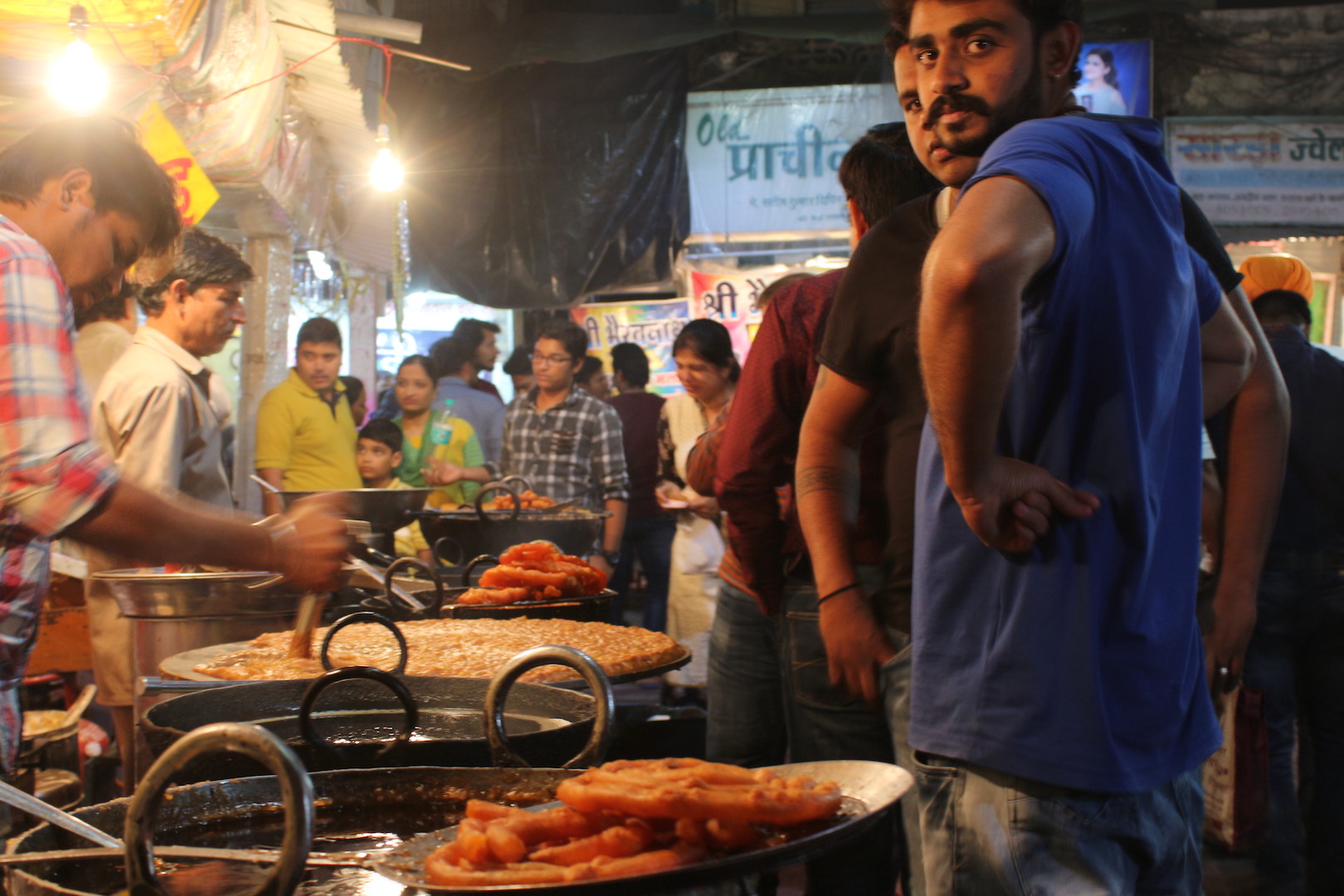 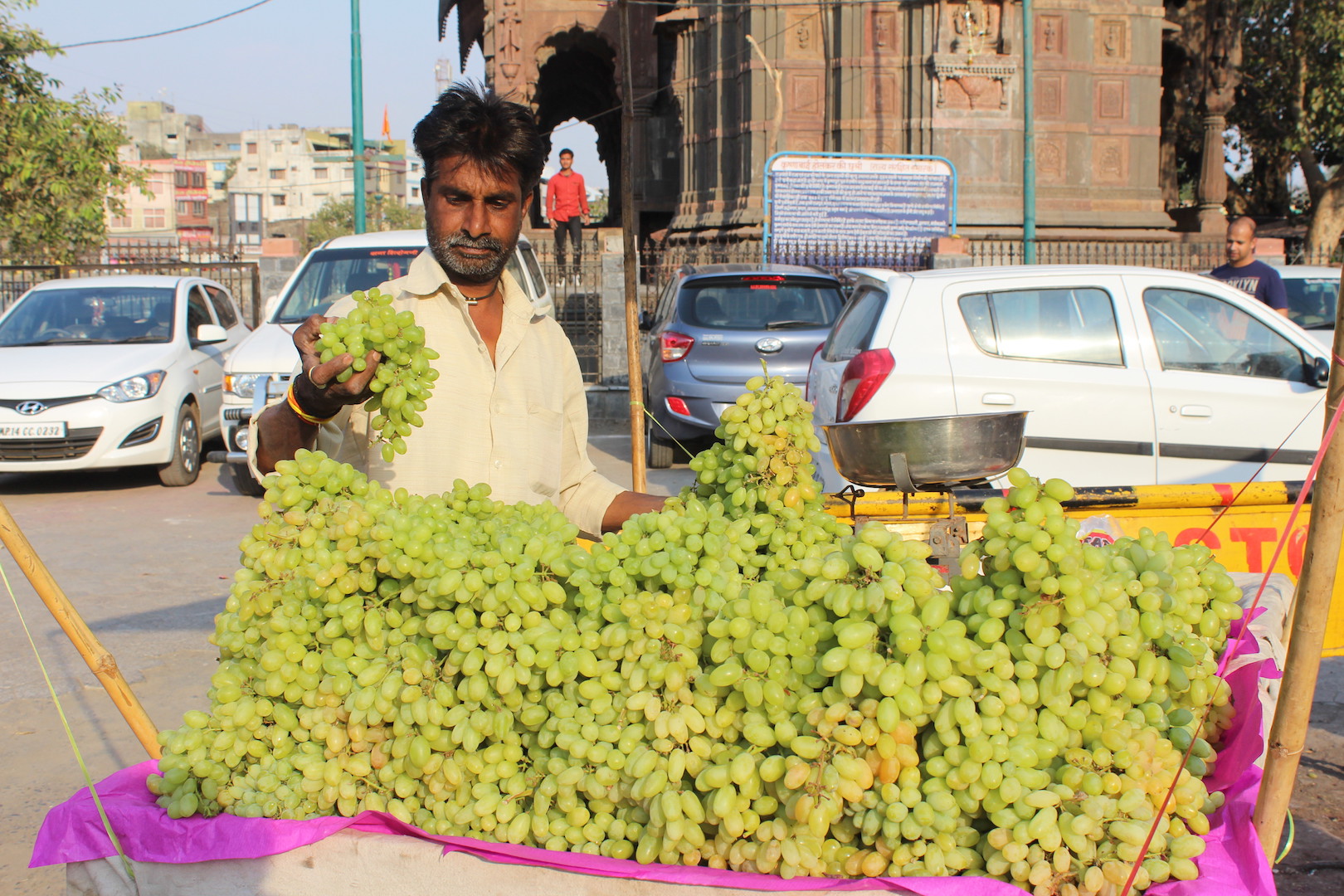 The showpiece of the integrated transport management is however the Bus Rapid Transport System (BRTS). At 12 kms. long and growing, Indore’s dedicated bus lane system is the oldest and fastest-growing in India and often touted as an exemplar for the country. It links the core city with distant areas, and is favoured by women who find it safe and comfortable, and students in particular, who like the state-of-the art wifi-equipped bus stations.

While it may be a much-lauded project, the BRTS leaves smart citizens like publisher and entrepreneur Arun Goyal less than satisfied. The buses are infrequent, he explains, carrying about 80,000 passengers per day in a fleet of 25 vehicles. Yet they take up a disproportionate part of the road, as there are 1,500,000 people travelling on the rest of the thoroughfare on 2-, 3- and 4-wheeled transport, subject to bumpy journeys over speed breakers within a few feet of each other. Extraordinary vehicular congestion is the result, whereas a footpath of 20 feet for bus passengers finds no takers. Worse, the buses disgorge their passengers, who cross the road at great risk to their lives, as there are no elevated bridges to ferry them across the traffic. “Every day, there is a big chance of an accident,” says Goyal.

Regardless, the city continues to double the network, circumambulating temples, shrines and other illegal constructions as the buses wind their haphazard if dedicated way through the city. Congestion has not reached the point where it is creating a bottleneck, says Saxena. The city is also launching plans for Phase 1 of an elevated metro to complement the Bus Rapid Transit System. Marathe acknowledges the need for a complete solution. Overbridges are being planned, and feeder roads and first and last mile connectivity to the bus stops are being fitted in.

Municipal administrations are severely constrained in capacity and the best-laid policies from the state capital wither on the vine for lack of talent at the city level. What makes the plans under the smart city mission different is the transactional, technical and administrative support to the local body at the back end, from globally-recognised names such as KPMG, Knight Frank and Eptisa. Madrid-headquartered Eptisa maintains four full-time staff on site and also supports the administration with 25 sectoral experts.

As it struggles for identity in the face of its more serene and elegant cousin, Bhopal, here is a city firing on all cylinders: river conservation, heritage, street life, smart education, health, IT and Intelligent Traffic Systems to progress towards its goals. Indore’s efforts have not gone unrecognized. The central government recently awarded Indore as the second-fastest city in the country to implement its plan and utilize funds for making the city smart and sustainable. Indore also awaits with bated breath the imminent ranking of the cleanest cities in India, among which it expects to rate among the champions. 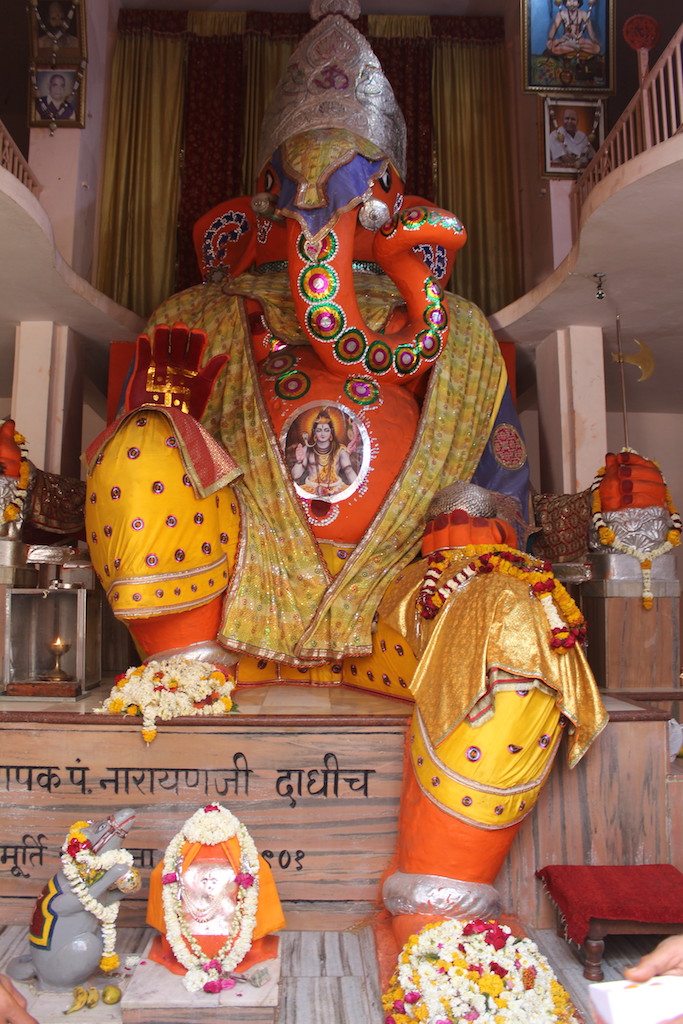 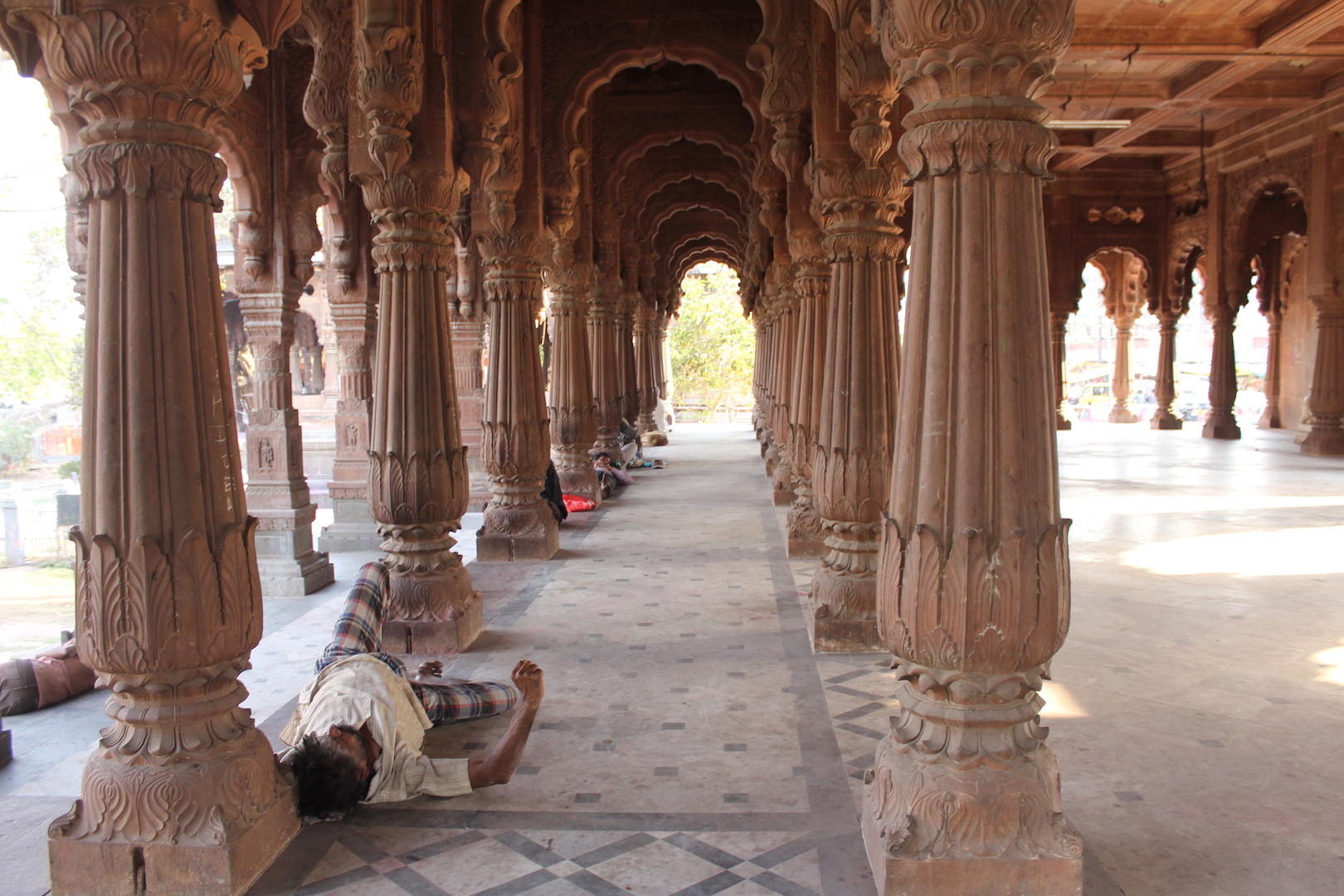