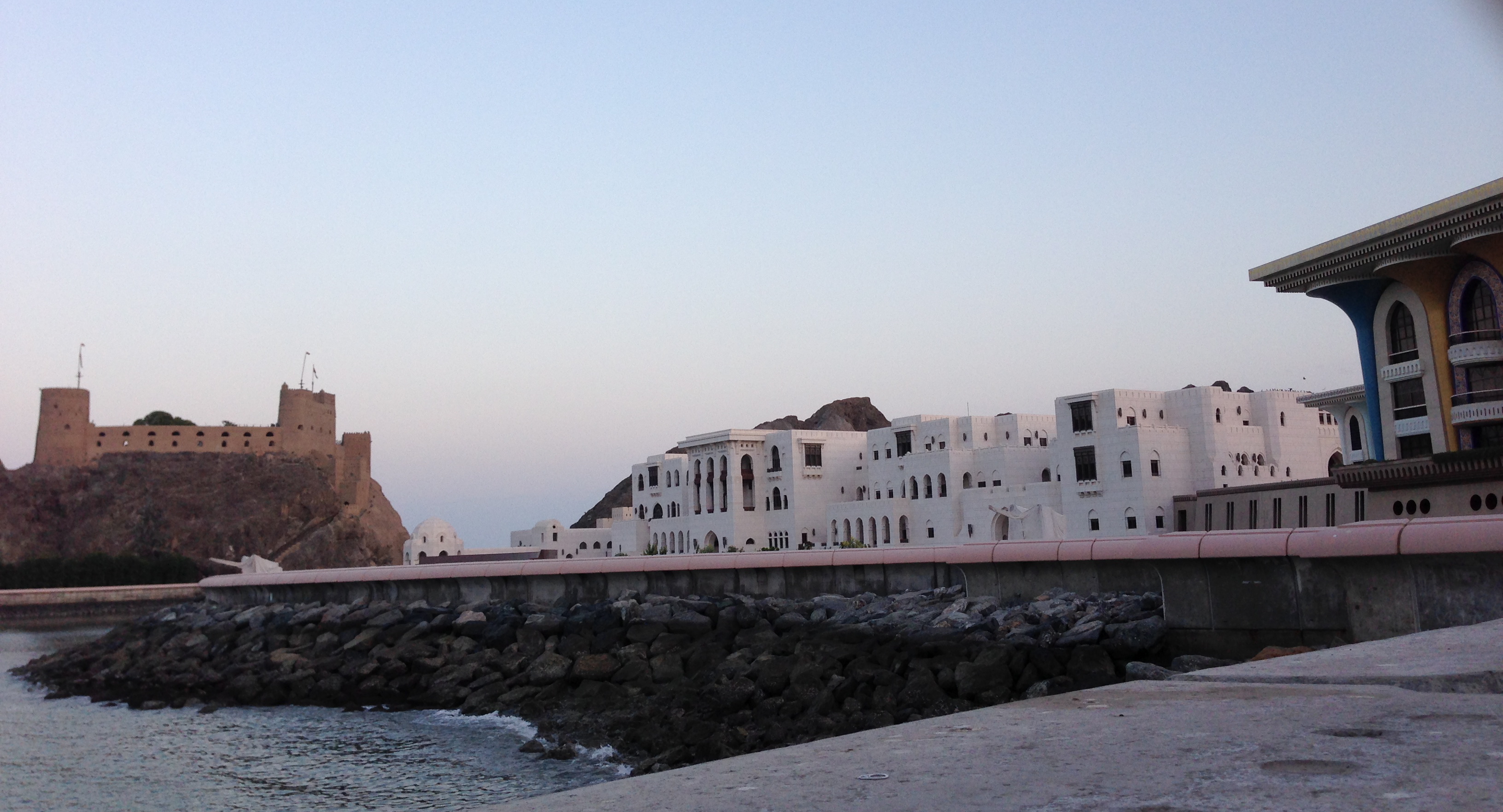 6 November 2014 | by Vineeta Shetty
As modern municipal governments go, Muscat’s is young: barely 30 years old. The capital of the Sultanate of Oman, exquisitely set between the al Hajar mountains and the Oman Sea, carries the flag for His Majesty Sultan Qaboos bin Said’s personal drive for the modernization of his country, not least because it manages the habitat for 50% of the country’s population.

Under the Sultan’s father, tarred roads petered out at the edges of the capital into camel tracks. In a dramatic revamping since 2012, cutting-edge technological systems have accompanied the upgrading of the road networks in the city to keep pace with the surge in motor vehicles and the attendant traffic snarls.

Not surprisingly, one of the first services the municipality has provided citizens over its smartphone interface iMuscat is the ability to book parking spaces. Car-owners select the hours and minutes they require and receive two text messages in response: one pinpointing a parking spot on a map with a red marker and another, five minutes before the reservation expires.

A centralized e-payment engine also allows the car-owner to pay for his spot. In case the car owner has forgotten where he parked, he or she can prompt the system for a reminder.

“Citizen-friendly” equates with “car-friendly” in Muscat. Public transportation is virtually invisible on Muscat’s roads, where a skeletal fleet of privately-operated shared vans serves the immigrant working class on a limited number of routes. Such ventures find no place on Muscat’s portfolio of e-services, although these operators can update their vehicle registrations electronically if they have access to the Internet, either via a computer or a mobile.

Applications for housing and their renewal, rent contracts, building permits and construction permits have received priority among the web-based and interactive GIS services provided over the portal of a city in regeneration. Muscat Municipality’s incipient Open Data policies reflect the city’s pre-occupation with building, housing and parking.

Not to exclude those without smartphones, residents and citizens can also check over sms and interactive voice on the status of municipal services they have applied for, make suggestions and complaints. In the openness characterizing Omani governance, residents can send feedback and comments with a photo capture and their location. The municipality views this as a way of engaging the public and collecting information to better plan future initiatives.

Muscat Municipality is emblematic of Oman’s official drive to bring about a qualitative change in public service delivery and to improve the quality and simplicity of public services. But the man with the tough job of making sure all 96 government agencies are keeping step with this overall national vision is Khalid Sulaiman al Siyabi, director general of eServices with the Information Technology Authority (ITA) in the Sultanate.

Al Siyabi feels that e-government has become synonymous with technology. “What is often neglected is people, processes and policies,” he says. “The laws and logistics behind the technology are just as critical.”

As the head of the e-services directorate, Al Siyabi coordinates the plans for each of the 96 government agencies under Oman’s e-government transformation plan. This includes a scrutiny of targets to be achieved and policies to be implemented in each government agency.

Since June 2012, he has overseen the step changes of the eTransformation plan:

• Over the course of 2012, each agency was required to have a web presence to begin with: basic information such as the agency’s vision and mission, office hours, contact information and essential documents, both in Arabic and English.
• The next stage, during 2013, enabled simple “semi-electronic governance”: interaction with the public including email systems, basic search engine and official forms for download. A call centre to receive both phone calls and sms from the public was also to be instituted for each agency.
• The third stage, which officially concludes at the end of 2014, should enable the public to complete online transactions such as license applications, course registrations and personal information updates. E-payment, using the central engine, will also need to be enabled by all agencies by the year-end deadline.
• In 2015, the plan shifts gears into a more aggressive phase, challenging agencies to talk to and coordinate with cognate ministries in overlapping ‘lines of business,’ for example, commercial registrations, health and education. They will also be expected to seek horizontal integration along common requirements like HR. This transformation towards single-window clearances requires detailed coordination and business process re-engineering.

Oman's Ministry of Education holds the record for being the first in the world to push exam grades to students, as far back as 2002 and it immediately seized the possibilities of e-gov for educational applications. Health authorities followed with the facility to book health appointments online. The Royal Oman Police also has been quick to implement online processing of IDs, passports, car registrations and traffic fines.

Needless to say, not all 96 agencies have the same incentives to respond with the same alacrity to the national targets.

This is where the critical importance of change management, which Al Siyabi describes as “improving business processes, hierarchies and policies,” becomes evident. Before automation takes place, workflow processes that government officials are habituated to from a paper-based era need to be reviewed and rationalized, to make them more intuitive and citizen-centric. “Agencies need to be engaging in an enquiry on how smart their analogue processes are, before they are converted to digital,” says Al Siyabi. “It is important to remember who serves whom: government is there to serve the people, who need one channel to get what they want.”

To review the readiness of agencies to provide value-added integrated services, a mid-December meeting will take stock of each agency’s implementation of the plan. Awards to reward excellence and innovation in e-services, in which nominations are invited from the public, are one way to engage citizens, while prompting local governments to move to the information economy.

“The scope of our work is huge,” says Al Siyabi. “The timeframe is 2 to 3 years, rather than 20 to 30 years. If one of the government agencies decides not to be part of the e-transformation, it cannot happen. That is why it is powered by the Ministerial Cabinet.”

Oman is not content with eTransformation as an end in itself, however. The longer-term goals are two-stage:

• Encouraging agencies to open a dialogue between themselves and the people. By offering tools such as online voting, polling and surveys, government agencies can improve their performance through e-participation and citizen involvement.
• Integrating databases with neighbouring countries in the Gulf Cooperation Council: This serves the cause of regional integration, enabling a company from one GCC country to operate in another. Health insurance, land purchase and business services are areas where common service level agreements across the countries in the Gulf.

“There is a strong sentiment to encourage a criticism culture in Oman. Government must open more channels and share information on projects,” says Al Siyabi. “It is important that all public figures must be part of this.”