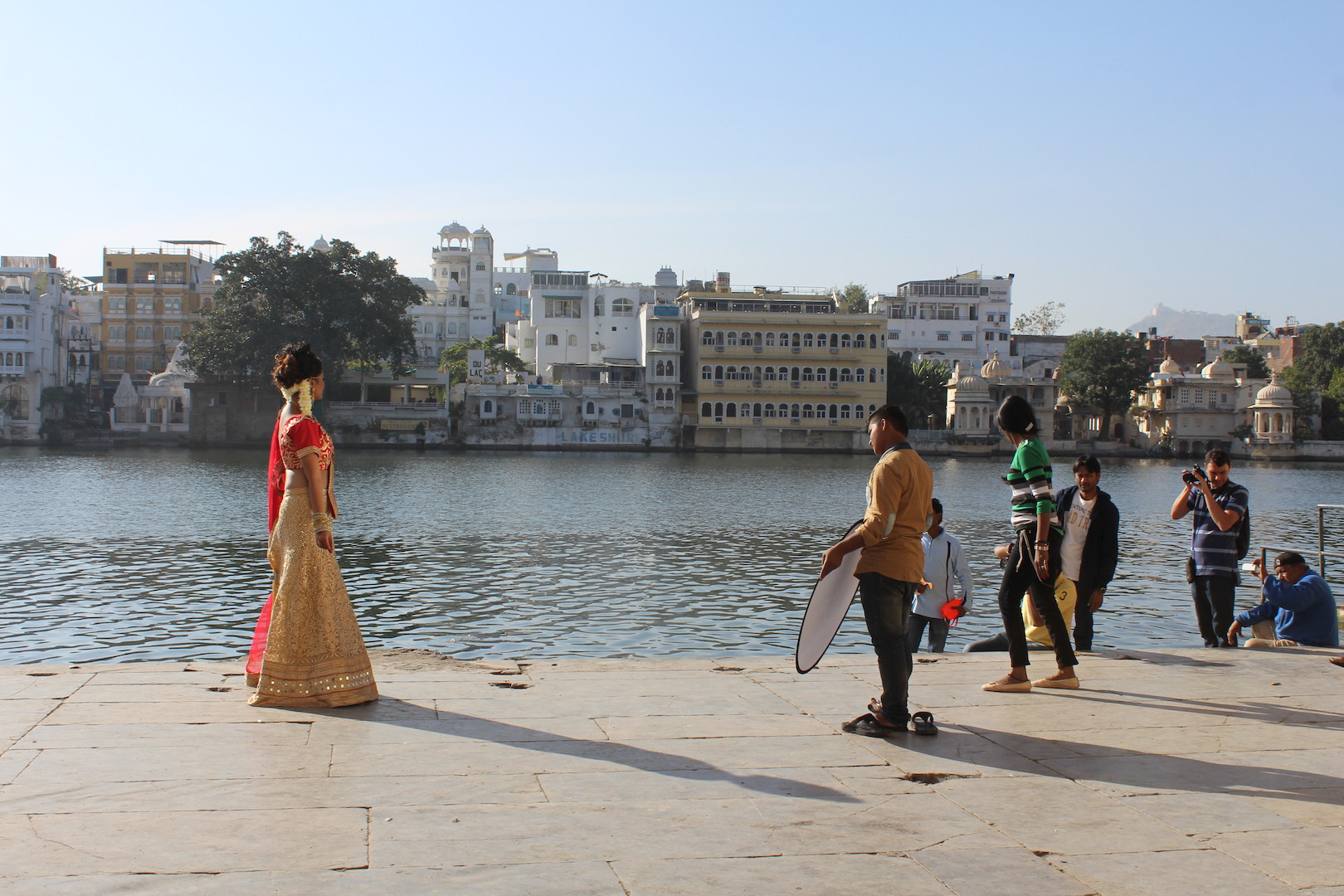 7 January 2016 | by Vineeta Shetty
For a city that is on the world heritage map as an exquisite city of lakes, attracting the equivalent of twice its population in domestic and international tourists every year, Udaipur has an unbelievable total of eight working public buses plying on two dusty routes. Amazingly also, the city has never known door-to-door collection of garbage, which simply piles up further and further up its showpiece Pichhola and Fateh lakes, providing a stomping ground for feral hounds.

All this is slowly changing with the carrot of funds dangled by the India’s Smart City Mission.  The city, nestled in the Aravalli Hills in southern Rajasthan, has grown in population from its traditional walled confines to 500,000 and qualifies as one of the 100 Smart Cities announced by the Narendra Modi government. It was one of the first cities to stake a claim for the first round of 20 cities to be handpicked by the centre over the next few months.

The city is flush with funds: boosting its surplus of Rs. 900 million is the fact that its revenues exceeded its expenditure by more than 30% in the last financial year. This is one of the indicators of its attraction to investors, which its young municipal commissioner, Sidharth Sihag, believes will position it favourably as a candidate smart city.

Over three months, the city concluded a record-breaking number of consultations with 125,000 people, covering 25% of the population and 60% of the families. Online and face-to-face, advice was also sought from public administrators, police, pressure groups, doctors, activists, lawyers, industry and educational establishments.

Citizens overwhelmingly recognized the walled precinct, which houses 100,000 people over 800 hectares, as the lifeline of the city, embodying heritage and bringing in valuable tourism revenue. Indeed, 44% of the 64, 486 citizens surveyed awarded tourism the highest priority for urban renewal, over water and sewerage, conservation of lakes and heritage, public transport and walkability and safety and security.

The walled city, which includes Pichchola Lake, created in 1362, and the City Palace, were deemed the topmost priority to boost tourism. Hence, this district will receive Rs. 8.8 billion in retrofitting, if the state government’s proposals are accepted by the central government in the coming months.

In recent years, the national press has exposed the poisons and pollutants lurking under the seemingly-limpid and placid waters of Udaipur’s lakes. Ramniwas Mehta, Secretary of the Urban Improvement Trust, which functions as an advisory and supervisory body on local self-governance, says the effluents into the lake are being plugged one by one. “Some families have been using the lake for generations, before chemical soaps were invented,” he says. “It will take time to re-educate them.”

Commissioner Sihag finds that there is a strong sentiment among citizens to keep the lakes clean. A patrol of two officials from the UIT and the municipality, together with three guards, patrol the lakes every morning to watch out for improper use of the lake. Harder to spot however are effluents from synthetic fiber mills and soft drink plants discharged into the catchment areas of the lakes.

Among the projects already begun is real-time monitoring of the quality of the lake water, providing constant data on what is polluting the waters of Lake Pichchola and Fateh. The two administrations report that the quality of water has significantly improved over the last three to four years and 90% of people have ceased their polluting activities, including bathing with soap, washing vehicles, defecating, dumping of restaurant and household waste, submersion of religious artefacts and even dead animals.

The pace of change has not satisfied NGOs, however, and this week, ruling on a public interest litigation, the Rajasthan High Court this week ordered the district collector to take immediate steps to stop leakage of sewerage into the lake waters.

As in most Indian cities, toilets empty into underground septic tanks, and the raw sewage often ends up in water bodies. As one of the measures to save the lake, a Rs. 105 million programme has already been initiated to connect some 7,000 families to a 12- kms long sewerage grid. Eventually, the plan is to connect 20,000 households around Pichchola Lake and old city to the underground system. E-sensors and SCADA are also anticipated for the sewerage system under smart city funds.

A sewage treatment plant with a capacity of 20 mld has been treating sewage since April 2014 and treated water has already found a user, Hindustan Zinc, which is using the greywater for industrial purposes.

The last seven months have also seen a step up in solid waste management. In the course of the consultation, 68% of citizens also deemed solid waste management and transportation and parking as the most important sectors for city-wide development, for which Rs. 3.4 billion have been set aside. As the current population increases from 500,000 to 800,000 over the next two decades, total tonnage of waste per day is expected to more than double and treble in the case of bio-medical waste. Smart solutions involving collection, transfer, composting and waste processing will become essential for the survival of the city.

Only days ago, the municipality settled on a garbage collection contractor and for scientific disposal of waste and landfill management. This means that for the first time in the history of the city, garbage will be collected at the doorstep. A segregated waste treatment plant already handles 90 tonnes of waste per day, compacting it and deriving fuel from the refuse. Among the smart proposals is for sensors to give bin-fill alerts to a dozen GPS-equipped garbage collection trucks. There are also plans to introduce an SMS-based facility for citizens to report littering. Among other achievements the city cites is bringing non-revenue water down by 42% down, with the use of SCADA metering which automatically detects leakages.

Sorting the Mobility Mess
Unlike its elder sister, Rajasthan’s state capital, Jaipur, Udaipur was not deemed significant enough to qualify for urban renewal funds under the previous government, and despite its huge foreign exchange earnings, could not mobilise a fleet of buses. Thus, the mainstay of local transportation has been privately-owned autos and tempos; 6,000 small and 2,000 large three wheelers, seating between three and nine passengers, rule the roads and provide the bulk of the hailable transportation. Now a notification from the state transport ministry empowers the district authority to regulate permits for the 3-wheelers, diverting their routes to greenfield developments, so that the drivers don't lose their livelihoods.

A reliable and comfortable alternative to the autos and tempos is imminent, with an order being placed for a fleet of 100 buses. The undulating terrain makes battery-operated rickshaws unpliable in Udaipur, but decision-makers are pondering solutions for a low-carbon alternative to meet the nationwide remit of 10% renewable energy offset for smart cities.

Multi-level parking lots for residents of the walled city with real-time information of available slots are intended to progressively discourage four-wheelers congesting the narrow lanes of the historic area. Last and first mile transport are always a dilemma as a city scales down private vehicle ownership and the city proposes to co-locate stops for three-wheelers at the parking lots. There is also a call for intelligent transport system located at bus stops, providing real-time information about buses and three-wheelers. The goal is to have 41 ordinary buses, 360 augmented buses, 112 bus shelters and 1803 three-wheelers equipped with ITS.

In an encouraging gesture for cyclists some 100,000 sq metres have been earmarked for cycling tracks and 143 kms for pedestrians. Under a public bike share scheme, 88 bikes are planned at 8 locations.

As the district collector, Rohit Gupta, whose age belies his responsibility, has the role of course correction of the smart city strategy. On him falls the responsibility of coordinating the requirements of different bodies, including water supply, electricity, public works, tourism, medical and health, the urban improvement trust, police, industries department and aligning the 55 local elected corporators with the city’s vision.

Notwithstanding the exemplary citizen engagement in formulating the Udaipur Smart City masterplan, Gupta points out that the judiciary was not taken into confidence, which may prove to be a strategic error. For example, the judiciary could suspect foul play and vested interests in the city’s bid to progressively free the walled city of four-wheeler traffic. As a result, there is no follow up on stay orders, which may give rise to problems in the future.

The youthfulness of the municipal commissioner and district collector of the city, both from the elite civll service cadres, bodes well for ushering in change and leapfrogging the city into the smart era. However, age could also work against them when they are up against local mafias that may be affected by the reforms.

In common with all Indian cities, also, the short duration of the commissioner's post could spell discontinuity and disruption in the best-laid plans. As captains of their smart city ships, India's municipal commissioners will need an unbroken spell of atleast a decade at the helm. 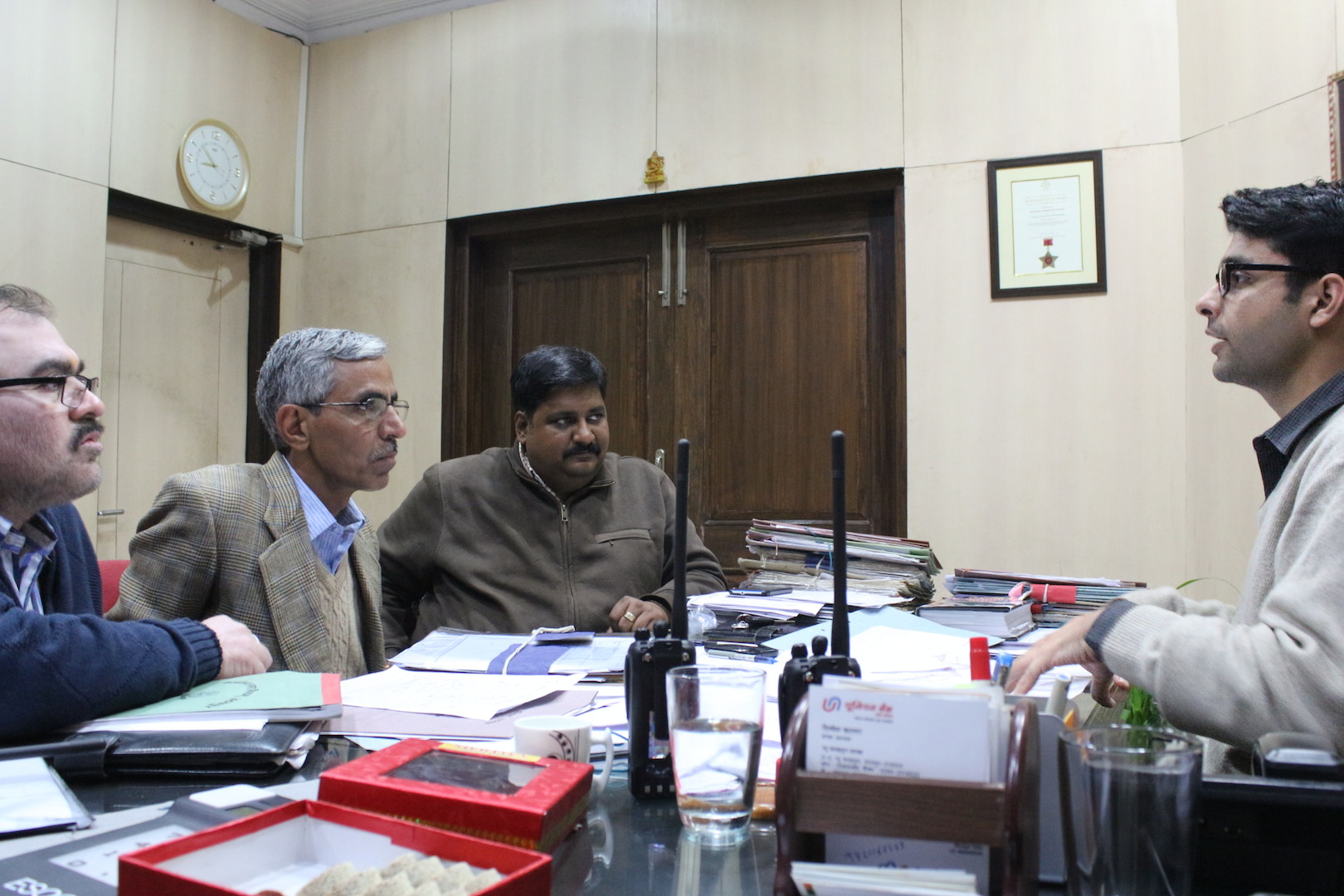