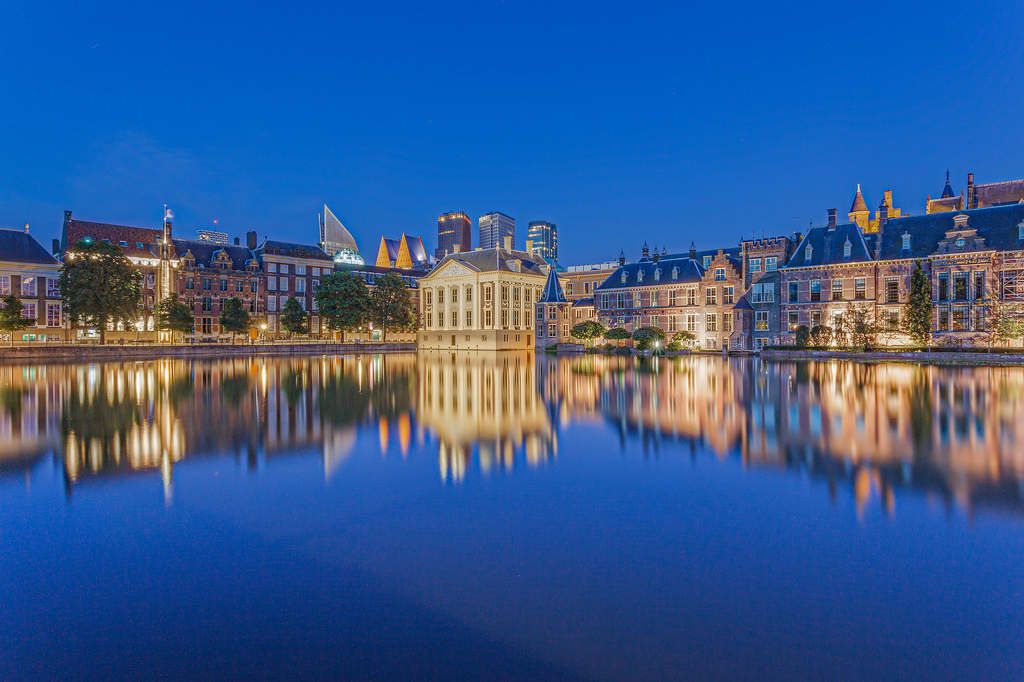 5 November 2015 | by Philip Allin
span style="font-size: 18pt;">The west Dutch countryside was a source of bitter inspiration for travellers in the late-middle ages. Blighted and apparently useless, it was the definition of a quagmire in one observer's opinion: “The great Bog of Europe … the buttock of the World, full of veines and bloud, but no bones in't.”
In the early 19th century, the Netherlands became an independent, water-logged state. Land was poldered – reclaimed from the sea in huge damming and pumping exercises – in stages, and most frequently the polders were close to existing cities: Amsterdam, Haarlem, Leiden. Out of the hapless mess thus arose, and indeed flourished, the Netherlands' little understood region: the Randstad.
The name was first used in official policy documents in 1958, and has gained traction with the Dutch. Informally, the term is used as an invisible boundary: you are either 'in', which signifies employment, activity, urbanisation or you are 'out', a signal of the rural, retired, and gentle opposite. So opaque is its geographical definition that population estimates vary from 7 to 11 million. Some consider the Randstad to be the four main cities and its interstitial areas, while other maps incorporate the tech powerhouse Eindhoven.
The multi-centred urban area has emerged as one of the most densely-populated areas in the OECD. It has an advanced economy, leading in creative, horticultural, logistic and financial services. It is served by many heavy transport links and boasts a highly-educated population and low unemployment. Represented as a single metropolitan area, it ranks third in Europe, after London and Paris, in terms of economic influence. In fact, the Randstad ranks fifth worldwide in international business connections.
European regions have a historic tendency to define themselves by a cultural, economic, or religious character – think Catalonia, Northern Ireland, Basque Country, Scotland, Belgium – but the Randstad is more than a local, Dutch melting pot; it is the crucible in which contemporary Dutch industry, politics and commerce have been forged. The idea of separation would be absurd to the Dutch; the country is too small for any one person's life to be fully contained within a region. And, in this uniqueness lies its great quality.

The Randstad relies on distinct, non-city components that play to their comparitive advantage. Examples are Amsterdam's Schiphol airport, which handles over 50 million passengers a year; Rotterdam Seaport, the largest port in Europe, handling around 450 million tons of cargo annually; Utrecht, historically a powerful religious and trading centre, now a transport and commercial hub; and the International Court of Justice in The Hague, at which international disputes are settled at the highest judicial level. By providing transport links and high-capacity communication between these units, the Randstad achieves what few other cities have been able to do: provide a safe, stable and economically healthy area for a large number of people to live, while maintaining a largely green and non-urbanised environment.
The railway has been integral to the development of the Randstad as a whole. The first Dutch service opened in 1839, and became a common mode of transport before the end of the 19th century. By the 20th century, this had led to commuters living in The Hague but working in Rotterdam, for example. Utrecht, located in the very heart of the country, is the hub of rail and road networks, and multinationals have established their headquarters there, in part because of the excellent connection to the rest of the country.

The Randstad provides important lessons to emerging mega-cities of the African continent, south-east Asia, or Central America. The gradual evolution and success of the region is due to careful planning and long-term investment. Its population has come to view the Randstad, itself a larger-than-life city, as a living project that's larger than the city.

Studies indicate that the region will be far more influential in some twenty years than it currently is. Already, the Randstad is Europe’s fifth-largest region by economy, and this is set to grow. Significantly, while population decrease is of prime concern to Europe's nation-states – in particular those located in the north-west of the continent – the Randstad is bucking the trend. Dutch agencies CBS and TNO predict the local population will increase by as much as 750,000 in the next two decades.

Think tanks in the Netherlands predict that within twenty years, the Randstad region will have grown in absolute size, both by economic influence and in particular, by population. In line with this, it will be at the heart of the decision-making process that governs the Netherlands and Europe. The Randstad is also slated to take a leading role in business networks and connections, acting as a portal to Europe proper. In this respect, the Randstad takes on a significance similar to that of the Île-de-France region, the city of Hong Kong, or the Baltimore-Washington metropolitan area in the USA.

None of the constituent cities in the Randstad have a population of over a million – Amsterdam's hovers around 825,000 people – and census data indicates that this is unlikely to change any time soon. But taken together, the individual cities really show their mettle. The region's population is more highly-educated and skilled, and generally better off than the Netherlands as a whole.

Each of the constituent cities has a distinct character that derives from its history and geography. This specialisation across different cities makes the case for a super-city, for as an agglomeration, it can compete with Paris or London, or Germany's Ruhr area. But as a proportion of country population, the urbanisation of the Randstad (47%) is surpassed only by Seoul (49.5%) among large conurbations. Ranked by its contribution to the national economy, the Randstad stands at a healthy 51.3%, under only Reykjavik (83.6%) and Luxembourg (99.9%), both of which, in socio-economic terms, are effectively independent city-states. In fact, Greater Reykjavik is something of an anomaly, as it is home to 60% of the Icelandic population, while its urbanisation stands at 64%.

During the last 15 years, several large-scale projects have played to this economic strength. A high-speed freight railway (the Betuwelijn) and the expansion of Rotterdam's port (the Tweede Maasvlakte) complement the growth of Schiphol.

The prospects are not all rosy, though. The region currently suffers from a slow and long-drawn out brain drain. The Netherlands (and especially the Randstad) loses more highly-qualified people to other developed economies than it attracts. This loss has increased since the 2008 global economic crash, with socially and professionally mobile workers more likely to choose a life abroad than at any other time during their generation's lifespan. In addition, the effects of the Baby Boom generation's waning influence, coupled with relatively low population growth by natural births, is already leading to a net loss in workforce production. Little can be done to reverse this trend at the macro scale, but incentives could be put into place to keep the attractiveness of the Randstad high. So why doesn't this happen?

One problem is the lack of a governing body for the Randstad. It has no official status. While Amsterdam and Rotterdam have directly-elected municipal district councils, this is not the case for the region as a whole. In fact, it is split across four provinces, the borders of which are defined by socio-historical factors.

Another is infrastructure. Large-scale projects such as mainline railways and road routes take years – even decades in some cases – to come to fruition, slowing overall growth and undermining the region's viability as a commerce and trade hub. As a result, Randstad motorways still account for 80% of the nation's traffic jams. Intrepid citizens, however, have found a way around waiting in traffic jams on the motorway: rallying around the campaign Fietsfilevrij which encourages cycling as an alternative. Bicycle superhighways give cyclists priority for long distance, high speed cycle commuting. One of these stretches the 50 km distance between Amsterdam and Utrecht.

The Randstad is geared to service and trade, rather than the old industries that shaped other cities in the centre or east of the country, such as Den Bosch, Groningen or Enschede. The economy is more internationally-oriented, providing 75% of Dutch exports and 60% of foreign direct investment. That translates to sluggish growth and poor resilience during and after economic scares – especially the recent global recession, which hit the Netherlands hard. However, in recent years, the region has shown moderate growth, with stable inflation and house prices, and increasing job-attractiveness. So, while the Randstad remains a concept, rather than an administrative region or economic zone, it is increasingly important to consider its status as an urban powerhouse.

Such a status demands upkeep and hard work. For the Randstad to reach full potential, the investment and dedication that the country has shown must continue. Nurturing the best opportunities for growth, job-creation and retention of talent are immediate challenges facing the regional leadership.

Continual smart investment, steady growth and an open, flexible attitude are key to success here. The Randstad may not yet be widely understood outside of the Netherlands, but with strong leadership and smart governance, its importance and influence can continue to grow in the coming years.

What the Randstad Needs

The Randstad does not seem to exploit well the proximity of its four large cities, and therefore it does not represent an integrated functional urban system, an OECD Territorial Review observed in 2007. Key recommendations made were:

* improve internal accessibility within the area;
* facilitate knowledge transfers to the private sector;
* increase flexibility in housing and labour market and
* strengthen the coordination of the economic specialities of its cities, such as higher education and tourism.

Changing the governance framework is a key condition of success: individual city-regions within the Randstad should be granted more responsibilities, and a Randstad agenda should be created, prioritising improvement of regional public transport. 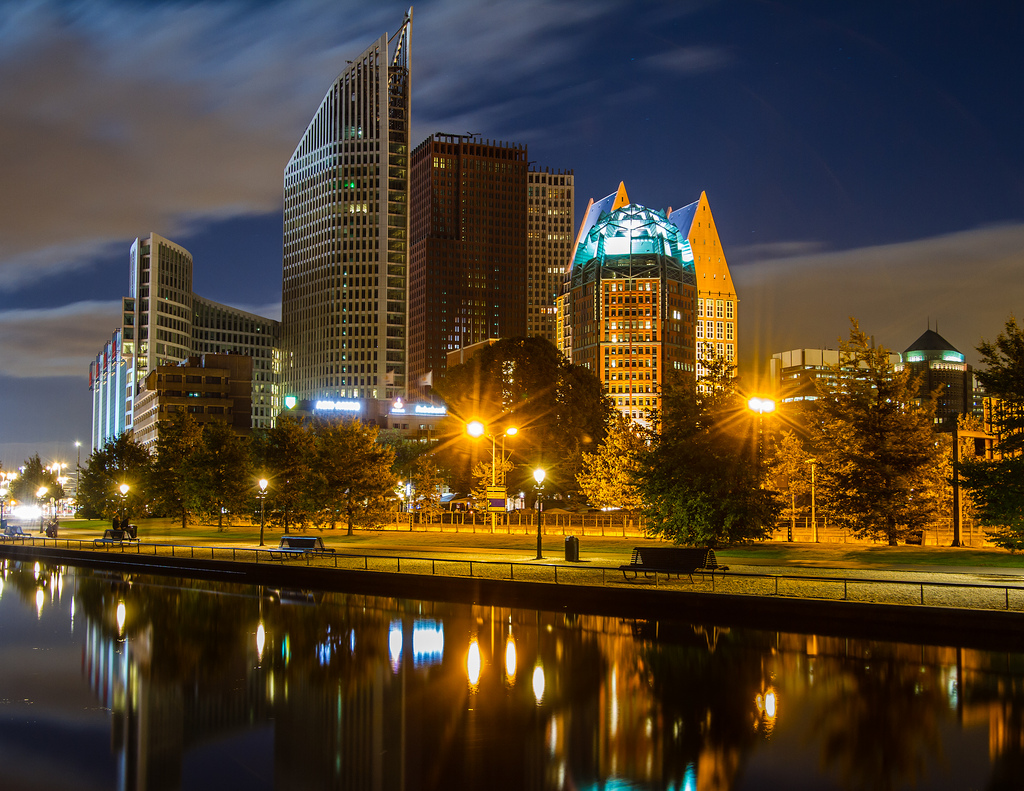 The Randstad: A City-State in Waiting