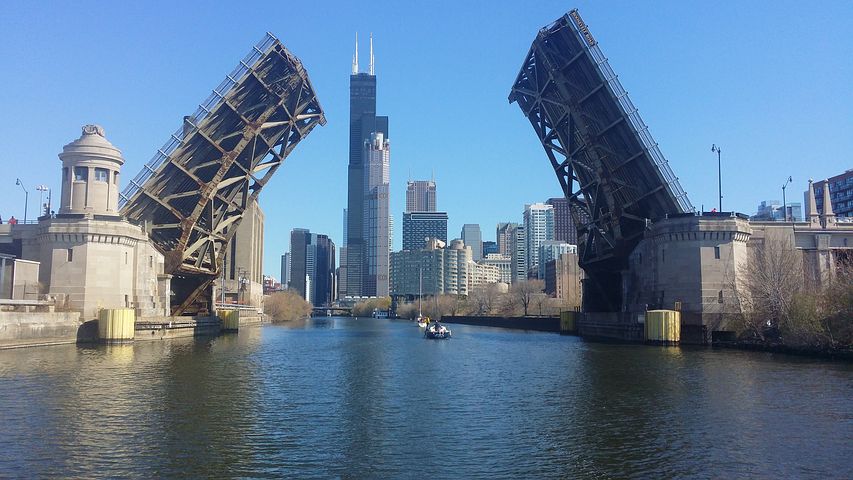 | 19 January 2017 | by Kate Lanham |
As the date for the presidential inauguration dawns, the ever-growing divide between rural communities and urban centres in the United States continues to define public discourse.  As with the Brexit referendum in the United Kingdom, pollsters leading up to last November’s election missed the mark and failed to identify the “silent vote” living in less populated areas.

At its best, polling provides an equal voice to all and gives expression to the public’s wants and needs. At its worst, polls follow the most engaged voices and are inadequate at reaching citizens not interacting with civic life, either because they lack the tools, don’t see the relevance in their communities, or do not find the methods themselves to be engaging.

The defining moment for Trump’s campaign arose when voters in the “Rust Belt” of the US, cutting a swathe across Pennsylvania, Michigan and Wisconsin, defied the polls and past election trends. In the end, Hillary Clinton was successful in winning only the state of Illinois in the Great Lakes region. Clinton’s win in Illinois was attributed primarily to residents in the City of Chicago. The electoral map for the counties of Illinois shows the sharp distinction between urban Chicago, a Democratic stronghold, and the outlying rural counties in the state that voted Republican. Chicago’s adversarial stance vis a vis the new President is amply evident by the number of anti-Trump rallies and protests planned in the Windy City in the run up to Inauguration Day.

Indeed, Chicago is catalysing some of the most progressive smart city innovations in recent years and has a model for a civic tech ecosystem that can be exported to smaller communities and counties operating under greater constraints. Smart Chicago’s Array of Things Civic Engagement, an urban sensing project that collects real-time data on environment, infrastructure and public activity, is a partnership between governmental and non-profit foundations. According to Glynis Startz, a Harvard Ash Fellow who worked with Smart Chicago this past summer, the structure of the initiative lends it both stability through government backing and agility under the Chicago Community Trust that is primarily focused on bridging to communities within specific project work.

Smart Chicago’s Civic User Testing Group (CUTGroup) pays residents across the entire county to provide user feedback on websites and apps to help enable better tools. This open government model has been picked up by planners in other American cities such as Detroit, Oakland, and Chattanooga. Arguably, it could be rolled out across suburban, ex-urban and rural areas in order to draw residents into the conversation about their communities, with the potential for constructive feedback loops. 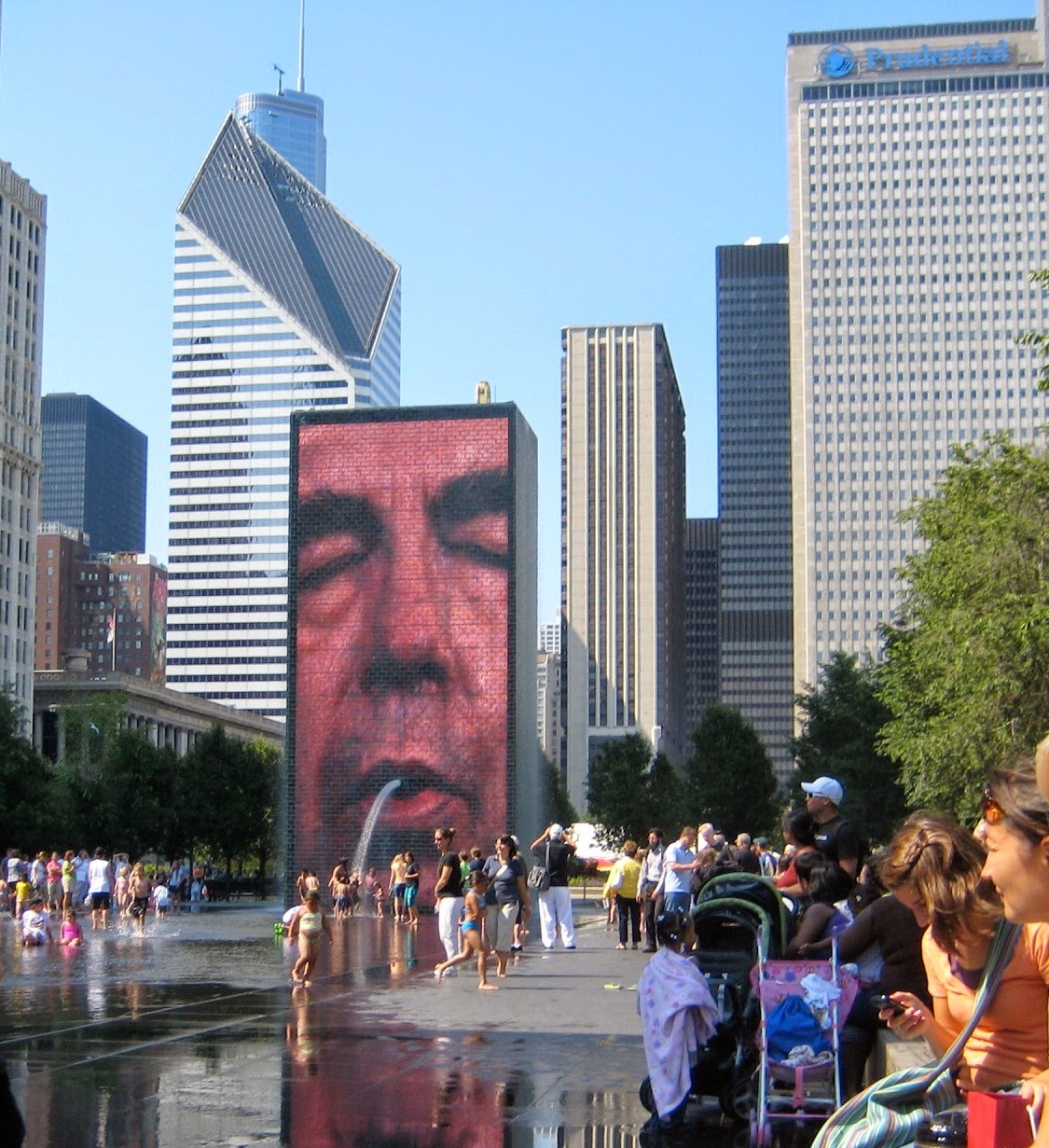 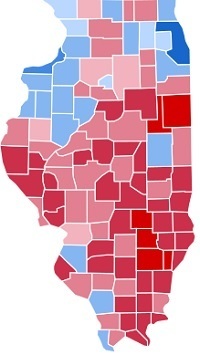 The “2015 Connected Cities Report,” conducted by Harris poll on behalf of Salesforce, found that residents are seeking greater use of digital technologies such as mobile apps, websites and social media to communicate with their local governments on service issues, public transportation, public safety, energy use and other civic concerns. Among 3,075 adults polled in 15 major U.S. cities, resident demand for digital technologies is offset by generally low use, or low awareness, of current offerings in their cities.

The survey offered other insights, with a majority of citizens open to sharing personal data in exchange for digital services such as location data for safety, energy and water usage for efficiencies, and traffic data to improve transportation systems. Further, an average of 60 percent of respondents were willing to share personal contact information for civic engagement.

Chicago ranks 6th among the major metropolises for citizen engagement, while Detroit scores the lowest in all categories, particularly for civic engagement and future vision.

Cities are working to establish meaningful feedback loops that aggregate data from citizens and respond to civic issues. Philly311, a collaboration between Salesforce and Philadelphia Mayor Michael Nutter, is a citizen reporting platform to address non-emergency services at the street level and enable responsive fixes to city infrastructure issues ranging from potholes to stoplight outages. Citizens using Philly311’s mobile app can report an issue, track status updates, and search for relevant community data.
A lesser-examined anomaly is the Urban-Urban Divide: that within the city itself. Chicago’s South and West Side which CNN documents as “politically, economically and socially neglected to a violent detriment.” Chicago holds the dubious reputation of having the highest number of murders, more than New York and Los Angeles combined, drawing forth a tweet from Donald Trump. The year 2016 was the deadliest in two decades, with 762 homicide cases and strong criticism of unconstitutional policing.

Here too, Chicago civil society has struck out on its own, calling for an all-elected, all-civilian police accountability council, as opposed to the consent decree recommended by the centre for crime-ridden American cities.

Citizen participation projects have the potential to inform the citizenry, increase transparency in government, level the disproportionate influence of different social, economic, racial, religious and geographical populations, and draw on citizen awareness and expertise to improve quality of life.

While cities serve as economic and innovation drivers, with many emerging technologies designed to serve complex urban regions, there are opportunities to translate and adapt best practice to the rural landscape and to troubled conclaves within the city. It begins by devising an innovation ecosystem where business, government and institutional partners create high-quality employment, with more emphasis on expanding access to digital skills and community-led programs that engage citizens as advocates for progress. In his retort to Donald Trump's tweet for intervention by the 'Feds', Chicago Mayor Rahm Emanuel called for federal funding of summer jobs among other preventative measures such as gun control as an antidote to crime. Anchor institutions such as universities and schools have a role to play in connecting citizens with the broader conversation outside of their communities.

Crowdsourcing renewal and community development projects is one such driver towards a more connected populace. Ultimately, these tools may serve to impact future electoral processes by enabling technology in neglected communities that can reach citizens on the ground and receive real-time feedback. 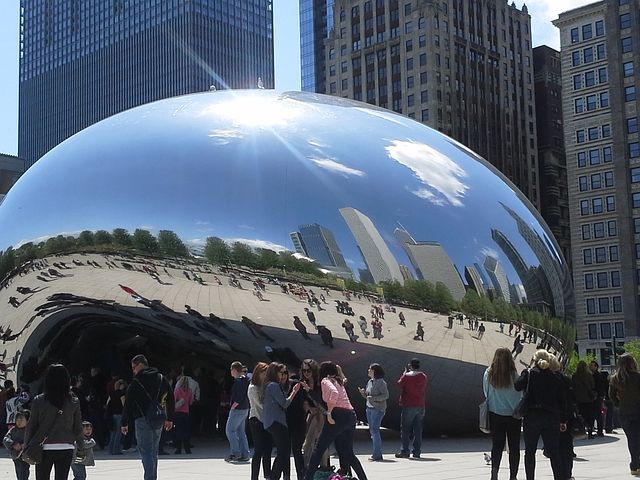