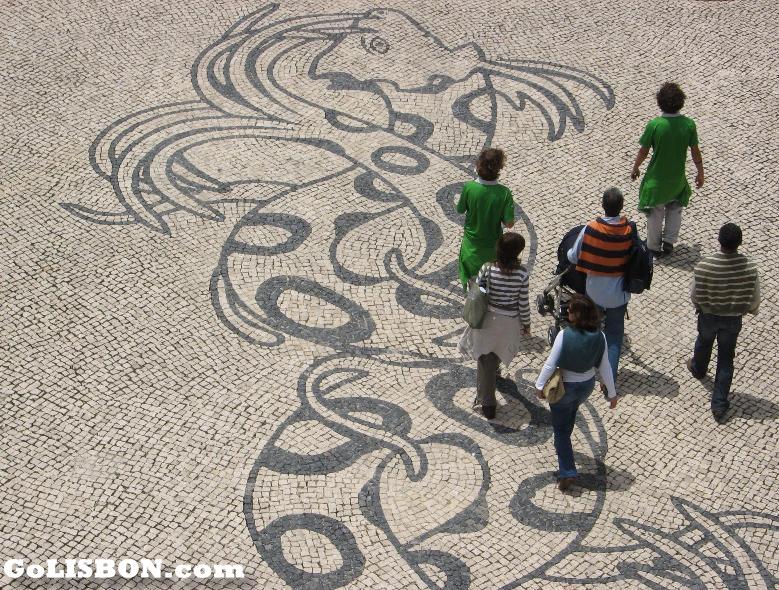 27 June 2014 | by Vitor Pereira
No one can pinpoint how, when or why it started. What was the spark? Could it have been the melding of vast cultures with African, northern Europe, Arab and Asian roots? Could it have been the big corporations and their white-collar executives, ready to enjoy the sunlight, great weather, the beach, the food and the culture? Could have been the new millennium hippies…or, could equally have been, the historic and traditional, which still thrives door to door, along with Fado, glasses of wine and lupines.

New ‘Lisboetas’ explore Lisbon and try to create correspondence between its complex and ancient matrix and photos in travel magazines. Who knows if the new ‘Alfacinhas’ are themselves making the city that exists nowadays: an attractive city, smart, innovative, creative and full of opportunities. Could have been the sum of all this. Whatever the ignition, Lisbon is alight with a new optimism.


Between 1980 and 2001, Lisbon lost a third of its residents, suffering social and territorial disintegration. The local government's proactive stance in refashioning Lisbon as one of the most competitive, innovative and creative cities in Europe has re-birthed a new and energetic city whose citizens are keen to live the dream of their lives. Raise companies, rent a house or apartment and, who knows, find true love and nurture it among the four walls in one of the most charismatic neighbourhoods, be that Alfama, Bairro Alro, Graça, or Campo de Ourique. Now, no one remembers any more of what was the Intendente.

Take Mouraria, one of the oldest and famous neighbourhoods in the city. It has not known an easy past: social integration problems sully its history. Now, non-profit organisations such as Renovar a Mouraria, associations and cultural and natural movements are trying to rebuild its history in a sustainable way, balancing the rights of citizens with the opportunities arising out of mass tourism that threatens not only this iconic zone but also others.

And who could be indifferent to LX Factory, Alcantara? A refurbished old industrial complex, it is working as a perfect ecosystem for creatives, co-workers and startups. There are regular activities and events that fill this place with young people, most looking for the best of Lisbon’s creativeness and inspiration.

However, all this light generates, in a natural way, a shadow, a threat that is common also to other great cities in the world: the problems related with massive tourism, gentrification and loss of identity. The new ‘Lisboetas’ and those who use the Portuguese capital to advance themselves in a social and profitable way, can’t forget that this shadow is also real. And it’s huge. It is the same size of the spotlight that formed it.

Sharing Cities
Recently, Lisbon, along with other important cities like London and Milan, collectively launched a relevant programme called Sharing Cities, a lighthouse programme that aims to be a proving ground for better and more affordable common designs for smart cities. The programme also aims to empower relations between cities and citizens through a “framework for citizen engagement and collaboration at local level.”

According to the programme objectives, the focus is on: changing behaviour and attitude to energy consumption through efficiency and conservation measures; implementing and testing enhanced and sustainable ICT-based e-mobility solutions; reducing emissions of air and water pollutants and increasing the supply of affordable social housing through new construction and retrofitting of existing buildings.

The project started in the beginning of this year and will last for five years. Ten more Portuguese cities will also follow up what will be tested in Lisbon. “Urban, intelligent and sustainable development are the main goals for a ‘Smart City’ according to Rui Franco, project coordinator in the city of Lisbon.

To him, Lisbon has “particular conditions” in governance, technology, citizen involvement and public-private dynamics. The biggest challenges for the city, according to him, are “social asymmetries, lack of socio-economic cohesion, social housing policies and balance between tourism and life quality of Lisbon citizens.”

To Rui Franco, big data will be a tremendous tool to get relevant information to support decisions in tackling some important initiatives in areas like mobility, energy, waste management and tourism.

Open data initiative
In the new spirit of sharing, the Open Data Lx, developed with the Agency for Administrative Modernisation (AMA), offers dynamic and static data related to Lisbon in different domains. The goal is transform private data collected over the years by public and private entities, into open data that can result in new services and products with high potential to help citizens, residents and travellers.

One of the initiatives deriving from the use and reuse of open data is Lisboa Horizontal, an app to guide citizens through city bike paths, with touristic, cultural and event information.

The Atlantic Capital
Recently, together with Gulbenkian Foundation, a study was developed on the Metropolitan Arch of Lisbon. This initiative studied and researched the Lisbon Area, identifying the potential for education and research in a ‘macro-region’. It has also identified the potential for entrepreneurship and business capacity. Lisbon Metropolitan’s Arch is defined by an urban network with cities and important facilities that represent more than half of Portugal’s wealth. The goal is to empower and develop the attractiveness for new business and investments in this macro region that includes Lisbon, Leiria, Evora and Sines, for example.

This area concentrates 40% of the national population and can compete internationally if it has “a global ambition” to gain an “Atlantic projection.” The study was supported by the City of Lisbon that is already searching for the right means and partnerships to execute it.

For the authors, “it’s obvious that this macroregion has the most relevant internationalization potential in the country”. But if there’s a geostrategic space where this potential can be used, it’s not the traditional European space but the sea. At the end, promote Lisbon as an influential Atlantic capital, taking advantage of the strategic geo situation and relations with USA, Canada, or Brazil for example.

Lisbon, a byword for success. The city breathes and exudes success. It’s becoming younger. More creative and innovative. Thanks to the concerted actions of public and local authorities, a young team that has defined a strategy to catapult the city’s economics. But is this brave front on doing good working to regulate the bad? And what is the bad? (If there’s one).

Some believe that Lisbon may be losing the balance between the traditional and the trendy. Also, the demographics are not quite clear. According to a recent OECD report, Lisbon is an ageing city. Numbers from 2014 show that 24% of Lisbon population is older than 65 years old. This report concludes, “Lisbon is taking action and finding solutions to deal with this situation.”

And the results are becoming visible, “we are about to launch the social housing innovative program to attract even more young professionals, students and couples,” Mayor Medina told the press. Besides housing, Lisbon is also promoting new mobility policies for its elderly citizens and public and private institutions are committed to deal with social problems related with poverty and unemployment.

Overcrowded backpack tourism, noisy nights, rising real estate speculation. Airbnb and other pseudo “Sharing Economy” platforms may be good for personal finance and economics but, in excess, they may contribute to housing scarcity, gentrification and rising income inequality. New York, Barcelona, Paris, London, Berlin, and others, already recognise it. Lisbon still has time to prevent it and understand that there’s urgent need of regulation, balanced with the end goal of protecting the real and genuine city. Now, that would be Smart!

StartUp Lisboa Signals A New Era
That Lisbon has become a frontrunner in the startup scene was signalled by Startup Lisboa. “The first day of a new stage of development for our city,” was how Mayor Fernando Medina characterised the launch of the project.
Startups will have access to all the relevant open data to build solutions for real problems within the city of Lisbon. “We’re officially turning Lisbon into a living lab,” says Maria Almeida from Beta-i.

Among the real-world problems that hackers are being challenged with on July 1 and 2 of this year are:
MobilityCitizen EngagementSustainabilityCulture and TourismFollowing the selection of teams in mid-July, acceleration and experimentation will take place over September and October. Paulo Soeiro de Carvalho, director of Economy and Innovation in Lisbon’s city council expects this new platform to mobilize all the actors connected to entrepreneurship in Lisbon, “to have a proactive attitude, sharing data and contribute to raise new business and more innovation." According to him, it’s a big step to turn Lisbon to a true Startup City." 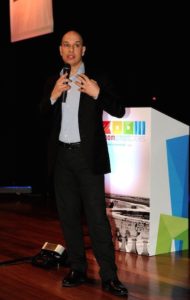 A Moda Lisboa: The Atlantic Capital Ups its Game in the Smart Stakes