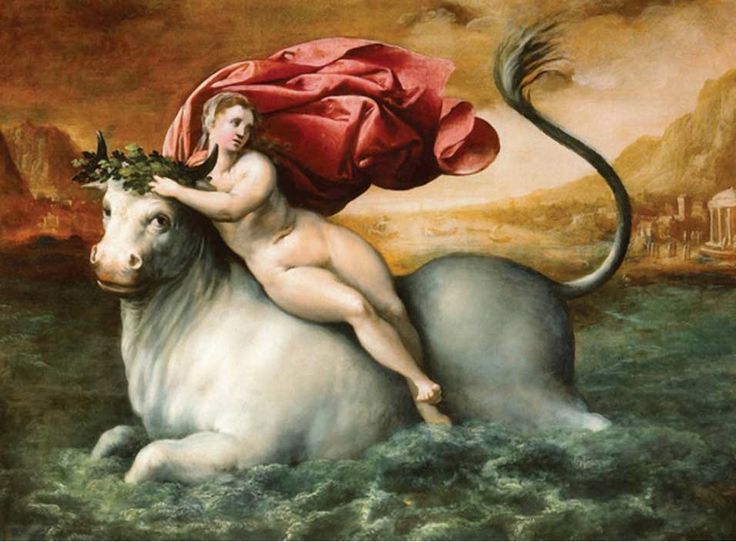 October 1, 2015 | by Trond Johannessen
As EU leaders meet to deliberate and negotiate a solution to the ever-growing refugee flows from Syria and many other nations, 23 million Europeans are out of work. The European economy is in its first year of return to growth, while the European Central Bank is pouring liquidity into the economy in order to stimulate growth and fighting deflationary expectations.

Cities of Joy is a vision that would, if implemented in full, be a powerful stimulus to the European economy. What does it entail?:


The scale of the project reflects the scope of what is needed to resolve our issues and get back to full employment. Until we see efforts of this order, we will face dangerous polarization in the EU, threatening the economic Union itself. We are unlikely to resolve immigration issues, and as a best case, we will see increasing differences in social conditions within and among member states.

The Maths of Immigration
In the winter of 1976, I took a course in International Economics at University of California (Berkeley) which got me hooked on Economics as a discipline. The young teacher spent several lessons working through the math of immigration on the economy. He simplified and dropped a 10% increase of the labor force into the economy at a single moment in time, and developed the mathematical links resulting in an economic boom.

Whatever realism you add to the timing of major immigration, there is nothing more powerful you can do in order to make your economy shoot through the roof than expanding your labor force once you are operating in expansion near full employment.

Europe is facing unprecedented immigration flows driven by war in nearby regions. Do we see these immigrants as liabilities and build obstacles to entry, or do we classify them as economic assets? Do we harness the energy inherent in human beings ready to do anything to improve the lives of their families and themselves?

Labor force growth has become a problem in Europe, where economic uncertainty and an ageing population has caused slow economic growth and an increasing burden on each employed person carrying the unemployed and the citizens not participating in the labor force. We are not at full employment and in the doldrums of a crisis of a magnitude unseen in recent history. Therefore, expanding the labor force through immigration is not in itself a solution, but neither is it at full employment.

There are 33.3 million Internally Displaced People (IDPs) in the world according to the UNHCR. We could infer, or speculate, that the people who are seeking better economic conditions for themselves are a multiple of this figure. Forty percent, or 7.6 million, of the Syrian population is classified as IDPs, hence the massive flows coming into Europe at this time. A substantial part of migration flows from Africa are not classified as IDPs, but nevertheless driven by the despair inherent in the domestic economic conditions of the home countries, and the sharp contrast to a wealthier Europe, with successful immigrants reporting back home, encouraging the ones left behind.

I thought back to my International Economics class and looked at Europe. Should we not invite 50 million new citizens to help us build a new, stronger Europe? How can we provide jobs for those of our citizens in difficulty after the massive recession and at the same time provide opportunity for the newcomers?

More Economics than Humanitarianism
Forget for a moment our noble, humanitarian motives. The Cities of Joy is about pure economics, giving the EU a stimulus more powerful than any monetary program ever will, while also being a sustainable economic stimulus that will continue for decades. Launching the program at a time when money is abundant and interest rates low will potentially give traction to combined efforts of jumpstarting the European economy.

We would never dream of building cities and networks today in the way we did in the first half of the last century. We have too few sports stadiums, swimming halls and facilities for children in general. Our cities are best suited for its ageing population, going nowhere.

If I look at construction statistics in Italy, we are now at some ten percent of peak activity. No wonder we are seeing unemployment still in excess of twelve percent, or three million people. At this level of unemployment, the population gets rather aggressive and anxious when a government that is failing to take adequate measures for current residents assists immigrants.

The combination of projecting new cities built as green-field projects, and the new inflow of citizens that require accommodation, education, work and services in general, would set off an economic boom. We would create cohesion around the principle of a Union, both in political and economic terms, as we rejuvenate and revive the European economy. We can achieve acceptance of the principle of a Europe that is open for immigration, viewing these new immigrants as economic assets, and not beneficiaries of the old school model of social assistance, a net liability for the community.
Hence, I looked at the larger urbanizations of the EU and their average sizes, coming up with a need for 100 new cities of an average population of 500.000, in order to accommodate up to 50 million new residents. This grand plan is not about housing immigrants in ghetto towns apart from the current population. On the contrary, I think this is just a way to provide relief to current urbanization.

Building additional capacity will provide for alternatives attractive to current and future residents, and avoid property price pressures that would naturally follow from significant expansion of demand on a fixed pool of property (but the ECB would be certain to meet its inflation target of 2% and then some!). We should get the current population gainfully engaged and motivated to construct the future together, and do that with the latest technologies, concepts, infrastructures and ideas of all professions. This will likely set off some new initiatives in urban renewal across the Union, as we gain experience about the way we could and should build cities and infrastructure in an almost unconstrained environment.
Existing businesses and new ventures will have their hands full of opportunity. The unemployed will return to the work force, especially the ones that are prepared to relocate to regions where construction initially will take place.

Where should we build the 100 Cities of Joy?
I believe we should look at our vast territories of the Union and build more where population densities are low, and somewhat less where densities are already high. I recommend localization of new cities near the European main transportation grids, allowing new cities and citizens to connect with the rest of the Union during the build phase and upon completion of residences. Below, I offer proposals for each country of the Union, with a drill-down in Italy to Region, Province and Municipality for illustrative purposes. These are political decisions, and each country and region would have to establish plans within their jurisdictions.

Competition for funds and priority in the sequencing of projects will encourage the local communities in adopting a positive, forward-leaning attitude.

The Example of Italy
Taking the Tuscany (Toscana) region as an example, a province with population density of 163, the proposed city location is in the Province of Grossetto, Southeast of the City by the same name along the E80. The E80 is one of the major East-West Trans-European Motorways (TEMs), connecting the city of Gürbulak on Turkey’s border with Iran with Lisbon, Portugal, entering the European Union near Svilengrad, Bulgaria. Building along the TEM grid will fortify trade, facilitate construction, and make these city locations attractive for residents, businesses and visitors. The province of Grossetto would increase its population from some 225.000 today to 725.000. Population density would increase from 60 persons per square kilometer to 161 people per square kilometer, reaching the regional average, while remaining largely a rural region on average (less than 300 persons per square kilometer).

Similarly, in Lombardia, the proposal is to locate the city in the Province of Brescia, centered in the Municipality of Montichiari and extending to neighboring municipalities, just southeast of the Brescia airport, and close to European route E70. The E70 TEM connects the city of Poti in Georgia, entering the EU in Varna, Bulgaria, with Coruña, Spain.
This plan is not about building barracks and tents to receive refugees, but a massive plan for turning crises into opportunity, building to the standards required by society for esthetics, quality, sustainability, costs, services – while throwing out the restriction imposed by building in already crowded urban centers. The idea is to attract existing residents to come live in the new cities, as these will be some of the most attractive places for modern living, projected by leading architects, built by major construction companies, almost without constraints.

Lúcio Costa and Oscar Niemeyer planned and developed Brasilia in 41 months from 1956 to 1960. I suspect some technologies have developed since then to allow us to improve on that record, although I would be impressed if we saw the first Cities of Joy completed in the EU by 2019. I would aim for inaugurating all the Cities of Joy by 2025.

Immigration is continuing at a fast clip, with some 210,000 entering the EU in Q2 2015. That means we may see some 1.2 million entering in the year ending June 30, 2016. These refugees are seeking asylum in various countries, although 30% seeking asylum in Germany is a huge distortion, relative to our capacity to host immigrants across the Union. At the 15% quarterly growth rate in immigration and 30% share to Germany, the country would need to be on its second City of Joy by the end of 2016.

The EUROCITIES and Housing Europe have been addressing the need for cities to provide for and welcome these flows of immigrants, while asking for more resources to address the emergency. These are great initiatives and show how many proactive and sensible people stand ready to take on a larger challenge.

A Call for action
Only by accepting that the problem is a lot larger than a 120,000 program or 1.2 million program, will we start moving from fire-fighting, behind-the-curve politics, and transforming an emergency into an opportunity for economic revival in Europe. Once we agree on the scope, the solutions will change from improvisation to economic development measures. We will go from ad hoc, high cost chaos to a planned activity that allows us to reap the benefits of immigration, while providing opportunity for native Europeans and immigrants alike.