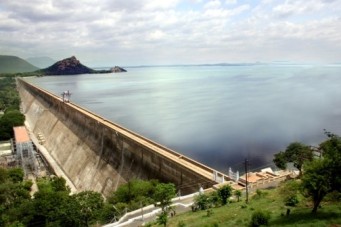 12 March 2014 | by Vineeta Shetty
In a country where plentiful, pure and free water is considered a birthright, never has loss and demand management of precious H20 been more in demand.

Of India’s 7315 cities, only 15% have water metering, and that too, in pockets. Despite mounting costs of delivering it, the price of water has never been revised upwards. Water supply for the most part is being delivered and priced on historical costs of several years’ vintage and billed by unit areas of building, rather than individual consumption.

A war over water charges is a typical scenario in India’s fast-growing metropolises. Bulk metering from the water utilities to groups of hundred plus units with no individual metering for each apartment is a recipe for chaos and conflict. Despite diverse degrees of water consumption (as a family could range in size from two to eight in the same-sized unit), the whole bill is shared equally among all units. Under the current flat tariff-based system, high-end consumers stand to gain at the cost of the low-end consumer with a smaller footprint. This gives rise to a demand for individual apartment water meters: a difficult retro-fitting proposition with two to three down comers from overhead tanks to different zones of the residential units!

Cut-price water has now become a rallying cry of politicians--such as the new Chief Minister of New Delhi--seeking to court the popular vote. But suppliers believe it is not prudent to revise tariffs till an acceptable service level is reached. Reformists also believe that disincentives should be put in place for overuse of water, of which the national capital is a profligate example. Lacking easy access to groundwater because of its soil, New Delhi ships its water in from a nearby snow-fed mountainous state, Himachal Pradesh, and parts of the city are consuming more than 500 litres per capita per day (lpcd).

Malaysia, Taiwan, Cambodia and the Phillippines have evolved from intermittent to 24x7 water supply with better water stewardship, deploying technological interventions like pressure management and district metering. Now, parts of India are catching up, according to K. Ashok Natarajan, CEO of Tamil Nadu Water Investment Company (TWIC). TWIC is promoted by Infrastructure Leasing and Financial Services Limited and the Government of Tamil Nadu and was created to promote the first public-private partnership in the water Sector, the New Tirupur Water Project. TWIC selects appropriate technology solutions, designs, arranges finance, procures contractors, supervises and implements Operation & Maintenance (O&M) for water projects in the state.

Making Water Accountable
The principal question for Indian water administrators is: how do you arrest non-revenue water? To make a smart city sustainable, water has to be made accountable and utilities have to be that much better planned to reduce leaks—whether by misappropriation of municipal water pipes or faulty infrastructure--and take the ‘green’ portion of the pie larger.

Says Natarajan, “Smart water management and metering is the only means we can reduce operating expenses, move towards 24 x 7 water, reduce capex and meet key performance indicators.” The difference between consumption and what is collected is the efficiency of the operation and in international parlance constitutes “non-revenue water.”

V. Suresh, director of Hirco, developer of planned communities in a lakeside suburb of Mumbai, agrees. “Metering is an important area in integrated water management and water efficiencies to pay the right price for water consumption and conservation.” Full cost recovery is desirable, he says. However capital expenditure and operating expenditure is hard to come by in most Indian cities.

One of the strategies that TWIC has emulated from overseas is a reservoir management and distribution system. Using pressure and flow control and water conservation in a pilot in the town of Arcot, it was able to fill up all six tanks simultaneously on a daily basis, a phenomenon that had not been achieved in 20 years. The outcome was that both registered consumers and unregistered households were able to get uniform and equitable water supply.

While the pilot was dismantled, it proved that it was possible to give 24x7 water supply and TWIC now hopes to replicate the success in larger cities like Coimbatore, which is poised to experiment with 24 by 7 water. But hydraulics alone cannot win the day. Budgetary support, policy decisions, bulk water agreements with the state, performance assessment, organizational and commercial change are all part of the mélange of solutions. "Unless you have a wholistic integrated approach, you cannot do water management," says Natarajan.

The engagement of the local urban body or state is a must for bulk water supply and to achieve the milestones for network optimization and leak management for any smart city.

Now GSM-based automatic meters, whereby readings are taken over the air by the utility’s vehicles driving by are possible with some upfront capital investment. This is already happening in private industrial townships, such as those being planned by Mahindra City Chennai.

The benefits of networked water as evangelized by industry are that it facilitates continuous water supply, saves water, improves service quality, reduces leakage and unauthorized connections. Water conservation leads to better management of water and water saved in one area can be utilized in other areas. The assets put into the utility network will be recovered in savings in water losses.

Incidentally, the smart citizen also gets benefits such as equitable pressure, ensured supply, adequate quantity of good quality of water on demand and transparent billing.

While privatized utilities are quick to take credit for smart water management, the work of the non-governmental sector is slower to be recognized. An NGO that stands out in particular in the state of Tamilnadu is Siruthuli, which through unrelenting advocacy, has desilted waterbodies around Coimbatore and built check dams to make farmers self-sufficient in water. As a result, there is sufficient water for the city despite three years of poor monsoon. Working with the Coimbatore City Municipal Corporation, Siruthuli's initiatives have provided more than 166 lpcd in drinking water to the old city areas and about 140 lpcd to newer areas. This is over and above the 135 lpcd set by international water management agencies and India’s 100 Smart Cities concept note.

Other public interest bodies like the New Delhi-based Centre for Science and Environment are campaigning to cut costs of water supply by protecting local water systems, recycling and reusing water and shifting the national obsession from water to sewage management. Atleast 33% less water can be consumed by investing in water-efficient technology and water-saving features in the home, urges CSE, which endorses water-storage and waste-water recycling at the community level instead of monumental projects.

Industry and NGOs are in accord on the fact that however smart the metering of water, groundwater sucked up from private tubewells--usually by gated communities and bottled water suppliers--invariably escapes the net. It does not go into the reckoning of water costs but ends up lowering the water table and increasing pollution.
BENCHMARKING WATER FOR INDIA's 100 SMART CITIES
In readiness for its plan for a 100 Smart Cities, India’s Ministry of Urban Development has published criteria with the avowed aim of providing:

While greenfield sites, where the haves outnumber the have-nots, can be primed for smart water management from conception stage, such a utopian scenario poses a monumental challenge in brownfield sites, which will account for 80% of India’s future smart cities.

So for the present, and even if they are nominated as “smart cities,” local bodies still have to deal with 40 to 50% of citizens who are poor, marginalized and disadvantaged, and who, far from being served with piped water connections to the home, depend on stand posts or community tap-provided running water that is 100% subsidized by local bodies.