22 January 2015 | by The Smart Citizen contributors
“The city fosters competition among developers to combine architectural, ecological and social qualities while remaining affordable for everybody and guaranteeing a functioning and social mix in all housing areas.”

Dr. Michael LudwigExecutive City Councillor for Housing, Housing Construction and Urban Renewal of the City of Vienna
In Vienna, sound housing is synonymous with social housing, paving the way to quality of life for the citizen.

Some 60% of all households live in subsidized housing and the City itself owns 220,000 rental units - about 25% of the total housing stock. The city builds 10,000 rental units annually. 80% of all new housing construction in the city is subsidised, amounting to an annual budget of $700 to $760 million that empowers the city to exercise a strong influence on development of its qualities and costs.

“The city fosters competition among developers to combine architectural, ecological and social qualities while remaining affordable for everybody and guaranteeing a functioning and social mix in all housing areas.” Dr. Michael Ludwig, Executive City Councillor for Housing, Housing Construction and Urban Renewal of the City of Vienna
TOP TEN IDEAS TO MAKE SOCIAL HOUSING WORK

The Housing, Housing Construction and Urban Renewal of the City of Vienna attributes its trailblazing leadership in social housing to ten success factors:

One of the keys to high quality housing and stable building costs is the flourishing competition between developers. All subsidized housing projects have to go through an interdisciplinary jury which judges them based on four sets of criteria: Planning, Costs, Ecology and Social Sustainability, the latter having become the most important in recent competitions. The overall aim is to foster functional and social mix, with special emphasis on creating new communities. The jury consists of architects, landscape planners, ecologists, economists and sociologists, most of them nominated by independent institutions (architects’ associations, universities, etc.) for a period of 2 years. Their decision is binding for the City, resulting in the provision of land and subsidies.

Vienna’s tradition and continuity with regard to social housing is unique. The city inherited deplorable housing conditions from the Hapsburg Empire in response to which, since the 1920s, the Austrian capital launched one of the world’s largest public housing programs and built more than 65,000 low-cost apartments in large housing estates. Generous social infrastructure was included, well-known international architects designed the estates and many are now listed landmarks.

A Fascist coup d’état in 1934 was to bring social housing to an end and when Austria was occupied by Nazi Germany in 1938, thousands of Jewish tenants and political opponents had their apartments confiscated. War destroyed 20% of total housing stock and with famine, Vienna, like Berlin, was divided into 4 sectors.

The fall of the Iron Curtain less than 40 miles from Vienna, led to an immigration wave after 1989 and large increase in city’s population. Free movement within the EU has also brought in large numbers of immigrants to Austria, which borders Eastern Europe. Thus, Vienna is experiencing profound changes: growth from immigration, an increasing elderly population and new lifestyle choices. Today, more than a third of the population is foreign-born.

While the famed 1920s Judgendstil design is of the past, critique of pre-fab blocks led to greater design diversity in the 1970s. Since 1984, land for new housing estates has been acquired and developed by the city-owned Housing Fund and most new apartments are now built and managed by limited-profit developers in the form of subsidized rental apartments, reflecting demographic changes and lifestyle choices.

“Vienna demonstrates that innovation does not simply fall out of the blue sky,” says Prof. Werner Hess, Deputy Director of the European Union Academic Programme. “It is based on often-long traditions of politically-guided urban intervention. Innovation also calls for constant critical social dialogue and needs the ability of municipalities to adapt its policies over time to criticism."

Dr. Hess points out that Vienna’s large-scale social housing programmes have evolved in continuity. Strict policy guidelines ensure efficient and increasingly ecologically sustainable property development. While remaining socially responsible, housing is less normative than in the past. “Today, it leaves room for many small-scale projects, woven into the fabric of existing urban landscape, modernizing it when necessary, and always following citizens’ own visions of an optimal social habitat,” says Hess.

From its legendary beginnings as ‘Red Vienna’ in the 1920s, has gone through a number of transformations, not the least from being a political and educational scheme to benefit the city’s underprivileged working classes, to a much more pluralistic public institution able to accommodate multiple visions of the ‘good life’ in the city. For decades, Vienna’s social housing shows that profit-oriented private building practice and a sense of communal social responsibility are not incompatible. 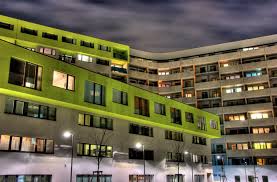 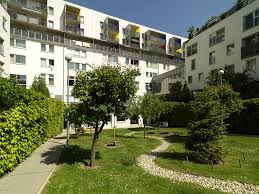 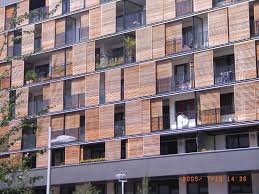