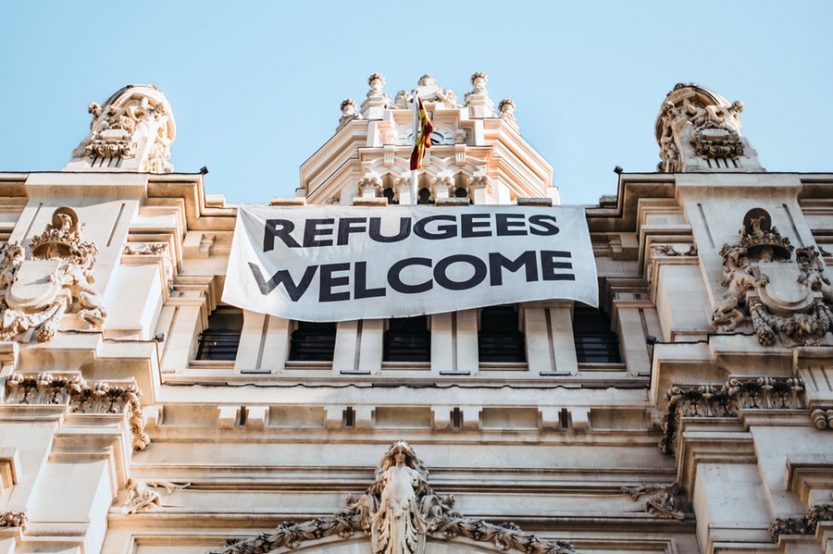 Refugees and the City: Stuttgart, Athens and Lucca vie for openness

Swabians are known for two things: Their high work ethic (the most famous saying and life motto of many people in  Southern Germany is “Schaffa, schaffa, Häusle baua!”; “Work, work, build a house!”) and their guardedness towards the unknown – be it new experiences or  “strangers” (Germans from other regions included).

That’s why it comes as a bit of a surprise, when Stuttgart, the southern region Baden-Württemberg’s capital, is continuously praised in the media for its innovative and integrative efforts when it comes to welcoming refugees and integrating foreigners into the city landscape during the last couple of years. How did Stuttgart beat cities that are known for their openness towards foreigners like Cologne or Berlin when it comes to integration?

The percentage of people with a migration background is, compared to other regions, very high in Stuttgart – 42 percent of adults and 60 percent of children and teenagers have a so called “Migrationshintergrund”.

Some of them meet in the city’s “World Café” or “Welcome Center”, places where people that have just arrived in Stuttgart or want to meet other cultures can get advise from professionals or meet others and exchange advise on how to find housing, get a job or where to find the best food from their home country in Stuttgart.

These public spaces – of which there are several in the different neighborhoods of the city – seem to be the main factor of success when it comes to integration. The city government has purposely fostered the internationalization of youth centers and inter-generational community centers and has made it mandatory for all cultural societies (of which there is one for almost every nationality and region) to open up their events for the public and hence other nationalities. This way, cultural heritage can be treasured and upheld in their new home but the associations stay open for inter-cultural contact. The most important spaces for interaction between people of different cultures seem to be the “Nachbarschaftscafés”, neighborhood cafés, in which integration is fostered on a local level.

While integration is understood in Germany as a process that has to be led by the local government, other countries have come up with different approaches for the integration of new inhabitants into the city landscape. Athens is a particularly interesting example.

About 23 percent of Athens’ population consists of migrants, of which refugees and asylum seekers make up 18,000.  To respond to the refugee inflow, Athens developed bold and innovative initiatives, often beyond their direct responsibilities, and sought supra-national and non-state sources of funding.

The “Athens Coordination Center for Migrant and Refugee issues “(ACCMR), which was created with lead support from the “Stavros Niarchos Foundation”, has been highlighted by an OECD study that examined the challenges related to the integration of migrant populations in 72 cities as a “promising example of innovative co-ordination mechanisms”.

The ACCMR’s main goal is to open up a meeting space for organizations and agencies that work for the integration of refugees and migrants.

The OECD report states: “The key aim of this initiative is the mapping of needs, the identification of gaps in the provision of services, and the collaboration for the development of a strategic action plan for the effective integration of refugees and migrants living in Athens. The ACCMR also acts as a hub for the formulation of collaborative proposals from its members, while also liaising with potential donors and supporters for funding in order to implement innovative projects.”By creating meeting spaces for activists and governmental as well as non-governmental agencies that work for migrants, Athens shows how meeting spaces are not only important for migrants themselves but also for the people of organizations that aim to help people in need.

With the most recent news about Italy’s government aiming to fine migrant boats up to 50,000 Euros if they approach the Italian coast, it’s hard to picture Italian cities as welcoming spaces for refugees and asylum seekers. This is however the case in many local communities across Italy, especially so in Lucca.

Italy is generally seen by scholars as a “new immigration country”, a place that is in the process of transition from being an emigration country to a country that (has to) welcome foreigners into its society.

In addition to this approach of connecting people in need of information and services to the governmental places that can help them, the city of Lucca fosters the integration of migrants into the local life of the city’s inhabitants. The cooperative “Odyssey” and its initiative “Add an extra place at the table” encourages families to share dinners with foreigners and hence get to know each other better or immigrants to join local sports clubs.

Looking at these three examples of integration on the city level, the key factor for success when it comes to integration seems to be the creation of spaces for exchange- be it between old and new inhabitants of a city, activists and officials from the government that are engaged in integration work and hence to create a first anchor of orientation in the new and often times very foreign world of bureaucracy and culture for newcomers.