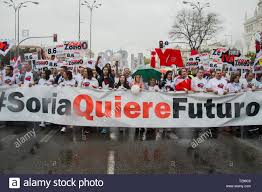 A new generation of ecological economists, of which Max Neef is a prominent exponent, have pointed out how imperative it is to rebalance massive urban centers with middle and small size cities and villages if we are to give priority to human scale model of development, in the context of an integral ecological transition. After all, the crisis of opportunities of the rural milieu has pushed millions of peasants to settle in overcrowded and undeserved slums and favelas from Manila to Rio de Janeiro, from Buenos Aires to Delhi. The Smart Cities of the future will perforce invest heavily in healthy and thriving Smart Villages.

In spite of these looming prospects, not everybody believes that the depopulation of rural areas is inevitable, that life in the villages is a thing of the past reserved for peasants and elderly people, but rather that community-led rural development may be an integral answer to some of the core crisis of our time. Many bold minds are thus working to rethink

what it means to live in a village in the 21st century on the premise that, if the right conditions are fostered, villages can offer an alternative way of living for millions of people, not only retaining those already living in rural areas but also becoming an attractive alternative for former urban inhabitants, exhausted of the stress and high cost of living of megacities who, in turn, also are willing to explore more slow paced and sustainable ways of life. And Soria, in the east of the autonomous community of Castile and León, has a few good lessons to share on how the imagination, determination and creativity of people who believe the fate of rural areas is still to be written can contribute to revert a seemingly inexorable trend of apathy and decay.

Soria is a small province of 40.000 inhabitants in inland Spain which represents in the Spanish collective imaginary the fight of an ageing and declining population against the death of the rural world due to lack of opportunities and investments, emigration of the youth and declining birthrate. Through platforms like Soria Ya! (Soria Now!) the people of Soria have been demanding for decades for quality public services, investment in communication, infrastructures and policies addressed at youth employment. In collaboration with platforms from neighbouring provinces like “Teruel Existe” (Teruel Exists”) in March 31st 2019 they organized a historical 100,000 people strong demonstration in Madrid in what is dubbed as “The revolt of the emptied Spain” which has succeeded in putting rural development in the center of the political agenda of this year’s general elections, creating unprecedented political momentum for this traditionally overlooked issue.

In Spain´s general elections on April 28th, as a result of the burst of the Rural Development Movement, an issue which had been consistently ignored by the political class with a mix of indifference and fatality, suddenly it became a central and hot matter of debate, with all political candidates from the alternative left to the far-right, discussing their different solutions and promises for the rural milieu. It was as if the rural population in Spain had suddenly become aware of their political power and were self-confident enough to set an agenda of demands to which all parties had to react to. After all, the rural population represents 99 of 350 seats in the Spanish Congress, a considerable chunk of votes which traditional political parties are being accused of having taken for granted for too long.

While the explosion of this movement may seem like coming out of nowhere to the inexpert eye, it actually is the culmination of a decades-long effort of many organisations developing innovative solutions over the terrain. One example of this can be found in the two-day workshop hosted in Soria by the European project SOCENT-Spa, a network of European projects working to revitalize and repopulate SPAs (Scarcely Populated Areas) by improving the training and education of social entrepreneurs in regions such as Castilla y León, Guemer, Lapland and Brandenburg.

At that event, participants listened attentively to Victoria Tortosa, a young passionate social entrepreneur who, together with her mate Hugo and a small team of committed folk, is successfully scaling up a social logistic model that is effectively tackling one of the core drivers of rural population loss: absence of access to basic goods due to poor distribution channels. They have found a replicable and scalable solution to provide villagers with the essential goods and services they need to make a decent living in the villages and which they would otherwise not have access to, all that without charging any extra cost to the customer.

The social innovation is changing the lives of the people living in rural areas doomed to disappear in Soria, while generating a model that is starting to be successfully replicated in other provinces. Vicky and Hugo are now eager to contact visionary and responsible entrepreneurs in different regions of Spain and the whole of Europe, in the hope that this formula brings new possibilities to SPAs around the world.

Vicky explains with passion how Soria has been loosing population and services over the last 15 years on a constant basis. “The doctor started coming, in many villages, once every 2 months, instead of once every 15 days as it used to be; the nurse is coming only in the summer time and the village bars have had to shut down their doors for good. In many villages, people cannot even buy a liter of milk. Moved by the desire of doing something about this situation, in 2013 they decided to cease their previous commercial activity and to start anew. They started their journey in social entrepreneurship by doing a thorough field study of the needs of the people living in 515 different villages, asking door by door what is it they needed, what their problems were and if they would like to have the weekly basket of goods taken to their houses.

The model is down to earth and grounded in reality. It puts in contact retailers that want to sell their products with customers in rural areas who cannot otherwise access them. La Exclusiva does not sell goods of its own; rather, it collects and processes the commands of the customers through the Exclusiv’s website and app, and through direct phone calls and WhatsApp, and delivers them to customers.

Therefore, La Exclusiva buys the demanded goods from the suppliers and prepare the baskets of goods which La Exclusiva’s van will distribute to more than 500 villages at agreed times. This creates a win-win situation, with villagers gaining access and with large retailers reaching new customers and accessing a niche market which they would otherwise not have the means to distribute their goods to. With la Exclusiva’s model, rural inhabitants pay no extra cost for the goods, as it is the suppliers are the ones taking the burden by paying a percentage of their revenue to La Exclusiva.

This model is tapping into an enormous untapped potential market. But Vicky says  “It is not enough with bringing goods to the villages, because people have many other unmet needs, related to services such as gardening, plumbers, housing reforms, etc. Therefore, the platform has expanded to provide villagers with access to these essential services at the same cost that in Soria, the capital of the province, while providing professionals providing service of access to a new niche market. It is win-win for all.

When asked, “Vicky, what is the dream behind this project?” she responded: “I don’t have dreams, I don’t believe in dreams. What I have, what we have, is an objective, which is to allow people to have a decent standard of living in the villages, that they have access to the same good that people have in the cities at the same cost, and that our villages do not die. Unless we change the rules of the game in a fundamental way – and that is something incredibly difficult to do – our villages are doomed to gradually disappear and eventually to die. In a matter of a few decades we will see the rural milieu perish, many villages become but an empty shell of what they once were”.

Vicky is interrupted several times during the interview. Her phone is burning with incoming calls. She smilingly says: “This is what my life looks like normally. I don’t have just one grandmother. I have hundreds of grandmas and grandpas”. Vicky emphasizes that La Exclusiva’s business model is truly innovative, in a way which is not only disruptive but also is seeking for a systemic change, which, she adds “is something easy to say but really difficult to achieve”.

Vicky recalls how in the beginning Hugo and her just had a vague idea and plenty of doubts as how to turn this bold vision into a reality, and how the support of the social entrepreneurship ecosystem of el Hueco became an essential catalyzer of La Exclusiva.

In the larger context of things, it is the preexistence of this entrepreneurial ecosystem which made it possible the emergence not only of Vicky’s project, but also of many other game-changing initiatives, networks and social businesses. Vicky says that “it is impossible to be an entrepreneur on your own, you cannot go solo, you must have an ecosystem.” She goes on to explain that “entrepreneurs may have great ideas but that does not mean that you can materialize them. No one has training in economy, sociology, geography, accounting, legal issues and everything you need to know, so we contacted el Hueco. They helped us to do the business plan, to find the best legal status for the company, the strategic vision and everything we needed to set La Exclusiva up”.