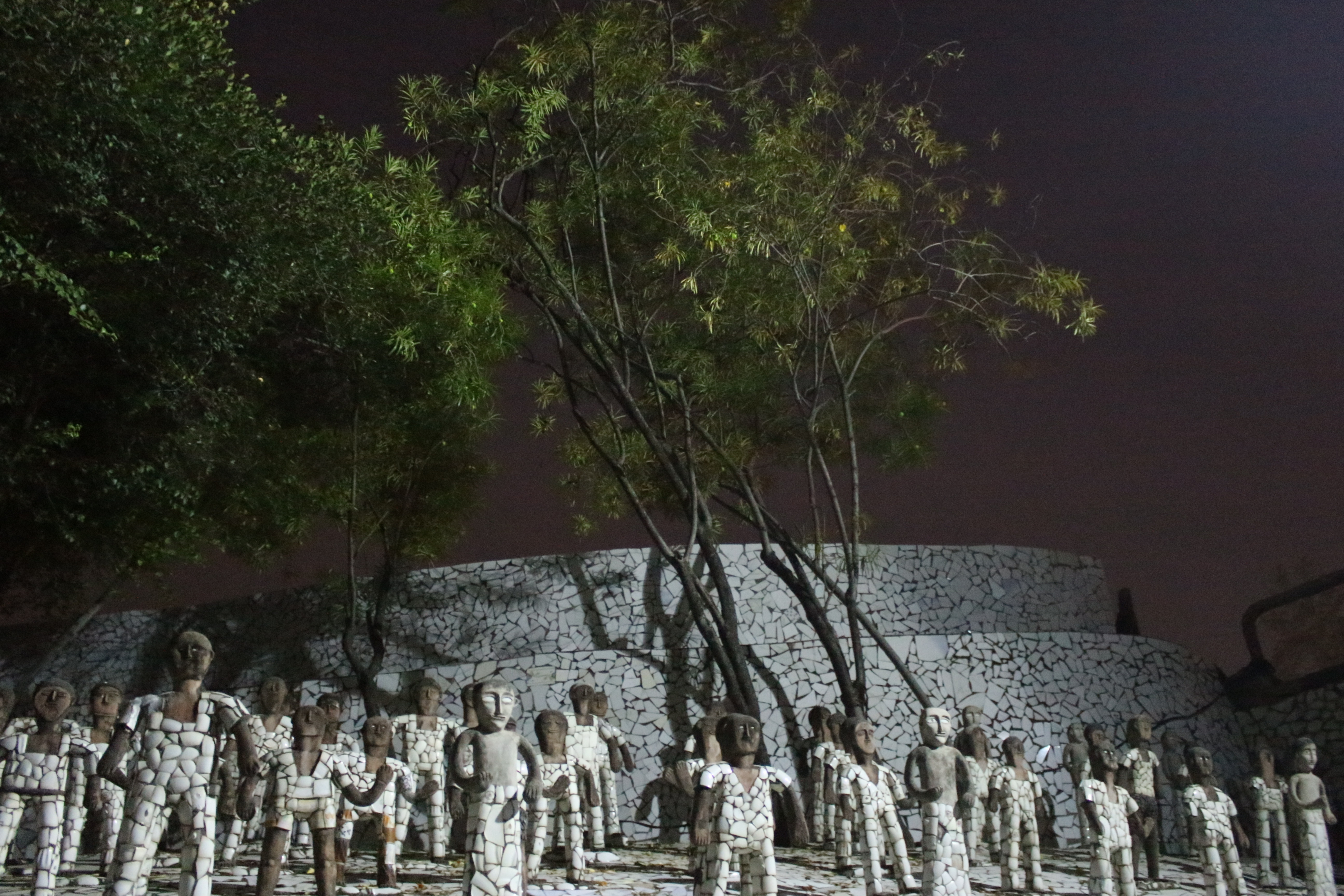 Chandigarh: The Fight for the Radiant City

Like Berlin surrounded by the Russians, Chandigarh often has to be defended like an island of sophistication from the marauders surrounding her.

The city was master-planned in 96 hours, reflecting the urban philosophy laid down by the Congres Internationale d’Architecture Moderne, which still has lessons for new builds being planned around India. During the short span of 65 years of its existence, Chandigarh has emerged as the role model of urban development locally and globally, says local architect Jit Gupta. It is known for its state of art planning and architecture. It has given a new name to urban living and quality of life.

In addition, Chandigarh is credited with the distinction of achieving a number of milestones: reaching its projected and targeted population of 5 lakh in the year 1991, within four decades of launch; providing a sufficiently high order of amenities and services; ensuring a much better quality of life to the residents than other Indian cities; setting high norms and standards of planning and development; creating awareness about the importance of planned growth and proving that good urbanism makes good money.

Chandigarh has the advantage that every inch of land is owned by the government and it was planned meticulously as a three-phase project by a knowledgeable and committed initial team. Swiss architect “Le Corbusier” and his cousin, Pierre Jeanneret, were influential and powerful and far from being dictated by political compulsion, they butted heads even with Jawaharlal Nehru, India’s first prime minister, to preserve their planning principles.

The choice of brick and unplastered concrete foresaw the need to keep maintenance costs down. Stringent controls over each structure, especially buildings on important roads, keep the city among the most liveable in India.

In his incisive wisdom, Chandigarh’s designer, Swiss architect “Le Corbusier” whipped a 5-mile green belt around the city, later revised to 10 miles, but no sooner was his back turned, this was encroached on by the two states when there was a split between the two states in 1966.

The initial fear was that the new build city would not attract more than 150,000 people, based on a density of 17 persons per acre in Phase 1. But now, civic administrators of Chandigarh struggle to keep the Swiss architect’s vision of “espace, lumiere and verdure” alive, in the south and east of the city.

The heritage of Le Corbusier is strong and Chandigarh, built at an initial cost that matched that of the UN HQs building, is one of the few territories that recognised that more flyovers and underpasses, far from adding to the prestige of the city, are an open invitation to more traffic, predominantly from the suburbs of Punjab and Haryana that parasitically cling to its eastern and southern edges. The townships of Mohali and Panchkula add to the total of 1 million vehicles which barrel through the city en route to the airport and across the rest of the state. 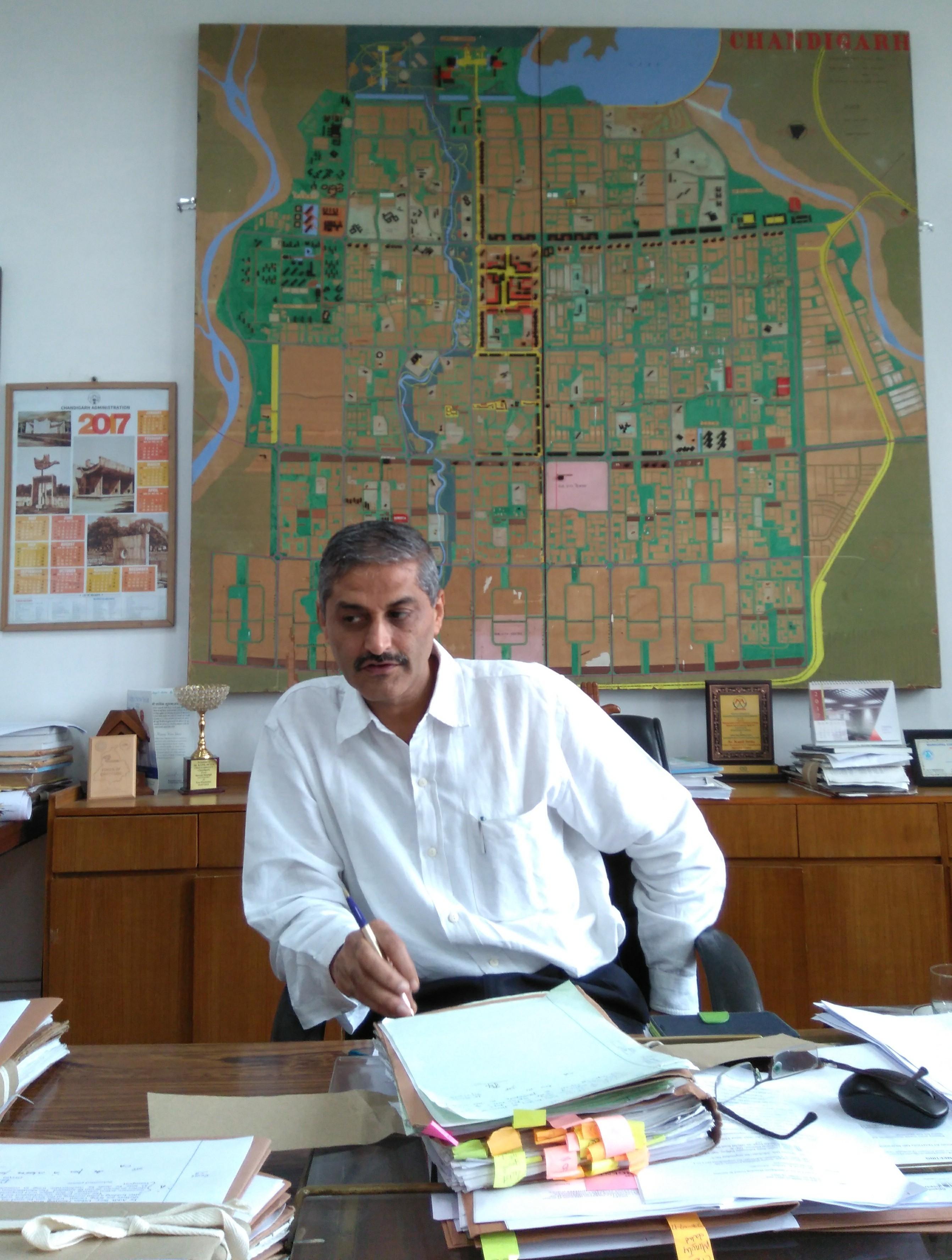 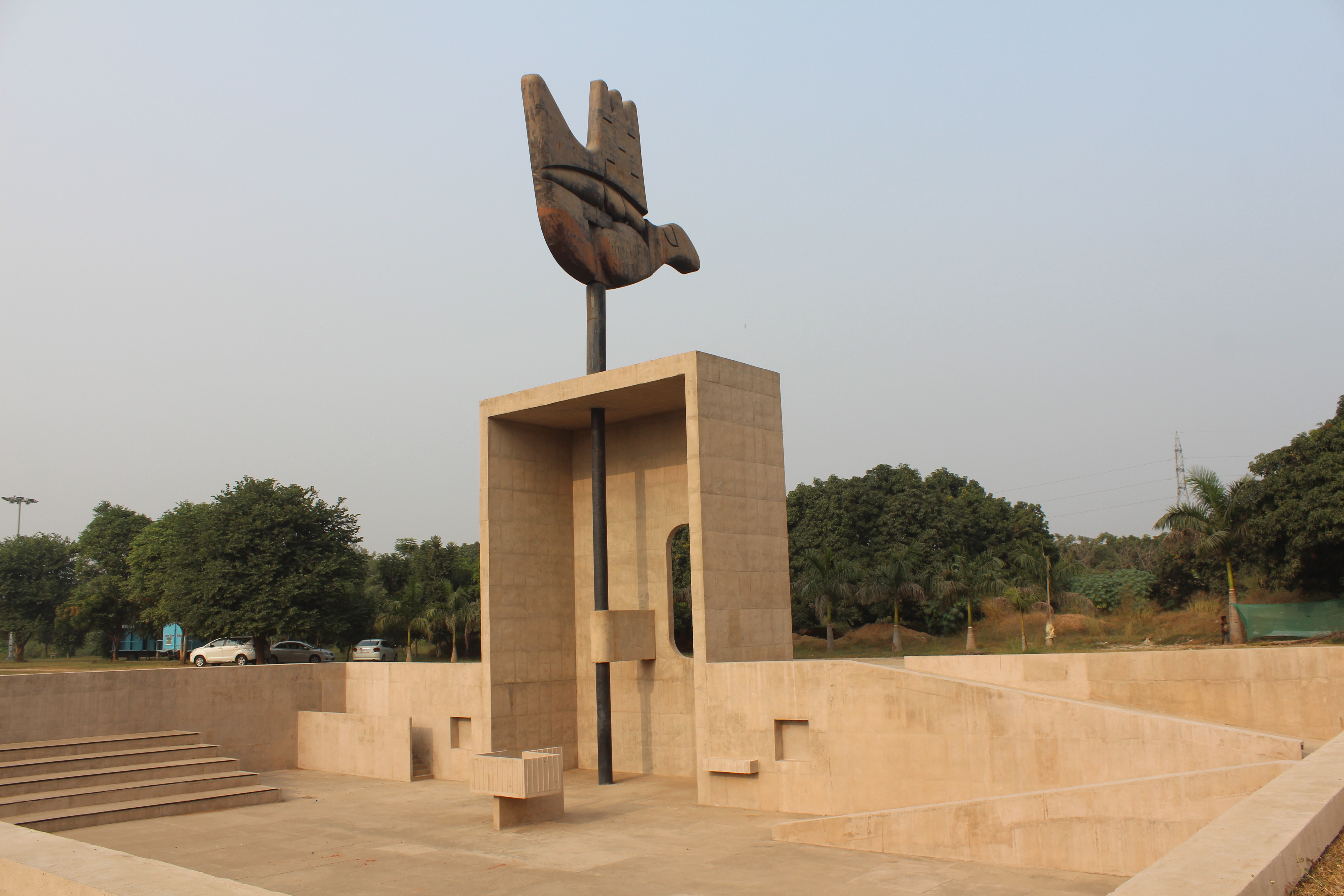 Funding the New Masterplan
Satellite imagery and geo-referencing has identified 17 pockets of different land use in the city. Phase 3 for which space was earmarked by the founders of the city is the last opportunity to house more people and on Chief Architect Kapil Setia’s shoulders falls the responsibility to implement without raising the height restriction.

In view of its landlocked situation, Chandigarh is seeking to lease land from Punjab and Haryana for meeting central quotas for affordable housing.

To implement its newly-drafted Masterplan for 2031, the city needs to raise more money. Property taxes were non-existent in the city for 50 years. Two years ago, it was forced by the centre to impose a graduated tax on the three zones of the city. There was strident opposition from owners of spacious estates even to a 2.5 percent tax on the value of the property, low even by Indian standards. “We are not even retrieving the cost of collection,” says Setia.

Priorities of the Planned City
Belying the spaciousness of the city planned by Le Corbusier, Chandigarh, an independent union territory that functions as the political capital of Punjab and Haryana, has the highest number of vehicles per capita in India.

In a bid to cut down vehicular pollution, a 70 km painted cycle track is under construction. Already, there are more cyclists on the street than most Indian cities. “We wish to impress on citizens that flyovers and underpasses are not a solution and spoil the character of the place,” says Chandigarh’s Chief Engineer, Mukesh Anand. Traffic calming measures already exist in the form of traffic islands. Unlike the majority of Indian cities, vehicles are not encouraged to gleefully speed over pedestrian crossings and fines for wantonly bad driving have succeeded in
moderating civic behaviour.

A common complaint about Chandigarh is that its iron-grid plan and uniform facades with almost identical-looking landscaped roundabouts leaves no characteristic landmarks typical of organically–evolved cities, making way finding difficult. Also, it does not leave scope for short cuts! So, improving signage is one of the interventions.

Smart meters are also on their way next year. SCADA-controlled electricity network cuts down on pilferage and commercial losses. Another innovation is time of day tariff where afternoon rates will be pegged higher in the summer for example, when air-conditioners bring up the peak load on the grid. Water is available for 5 hours in the morning and four hours in the evening, but the intention intention is to provide 24x7 metered water.
The waters of Chandigarh’s showpiece Lake Sukhna are receding as residential projects mushroom along its shores.

Among the many firsts the city boasts about is tertiary level treatment of its sewerage. It has been watering about 100 gardens and 1800 small parks and 70 green belts with treated water for a decade already. “We now want to take recycled water to another milestone, providing it for washing clothes, hotel laundry, vehicles, residential gardens and service stations,” says Mohan.

Sixty-year old trees are often uprooted during thunderstorms and dust. Not only does this save the trees, but also cuts distribution losses from 15% to 6 to 7%.

A third intervention is driving overhead wires underground, to save Chandigarh’s verdure.
Need for Rural Bye-Laws
As the administration has discovered, it is the untrammelled growth at the edges of the territory that poses the greatest threat to the city. The Periphery Control Act, while it had teeth, allowed only agriculture, floriculture and horticulture in the periphery to preserve the character of the city and to avoid haphazard and substandard development.

At some point the government lost control of land use and of population density. There were no mechanisms in place to check what states were doing with the parts of the periphery in their possession. With the reorganisation of the Punjab, Chandigarh as a union territory only retained 3% of its periphery, while 75% was quickly grabbed by Punjab, which, among Indian states, stands out as uncrowned king of unauthorised colonies, characterised by ill-planned, dense and filthy neighbourhoods. Under the emerging Chandigarh Interstate Regional Plan, states are required to cooperate on issues such as garbage disposal, water supply and storm water drainage. High-level state committees have been constituted since the early '70s to arrest the effects of uncontrolled growth. The two states have shown scant regard for heritage.

Masterplans are normally associated with cities, but the great threat to cities is from the lack of masterplans for villages and technical knowledge to implement such plans. While urban building bye-laws came into effect, there are no rural building bye-laws, which makes construction a free for all. The latter only came into being in 2016 to regulate zoning, width of roads, ventilation and so on, making building plans mandatory before construction begins. But there is no executing agency for these bye-laws, so it is left to village corporations to implement them with varying degrees of rigour.

As the city advances towards its vision of becoming a knowledge capital and health care hub, Jit Gupta believes Chandigarh still requires large number of actions on the part of administration, institutions, communities and residents for making it smart. Here is his wish list: